Internet Week 2011 is coming to NYC this Monday (6/6). The festival consists of several events, including mixers, panels, conferences, classes, and parties. The Rapture, who are back on DFA, are DJing the official Internet Week opening party with The Hood Internet and DJ Frankenmack. Cold Cave also play a live set at the party. The same night an after-party will take place with DJ sets from Holy Ghost! and Night People. Check out the full event schedule for more events including a discussion with Judah Friedlander and Michael Ian Black and more.

The two parties are invite-only and can be RSVP'd to with an insider pass which can be obtained here for the hefty price of $249 (or HERE for $149). If you can't muster up the cash, even though it may be worth it if you plan on attending all the rest of the stuff Internet Week has going on, we're giving away two insider passes. Contest details below. You can also pick up a HQ pass for just $15 and a tweet about your purchase but will not be allowed access to the parties.

Contest details and more about what the Insider Pass gets you, below... 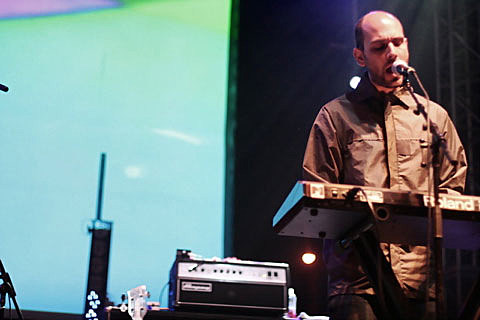 The Insider Passes get you exclusive access to all Internet Week New York happenings, including:

* Everyone's a Comedian - A discussion with Judah Friendlander (30 Rock) and Michael Ian Black (WitStream) look at how Twitter, Tumblr and YouTube has made everybody -- and they mean everybody -- feel like they're now comedians. (June 8, Internet Week NY Headquarters)

* Keynote Panels at the Internet Week HQ with Senator Chuck Schumer and Nicolas Kristof, amongst others.

To win the Internet Week insider pass, e-mail BVCONTESTS@HOTMAIL.COM (subject: Internet Week). Include your first and last name in the email. Winner will be randomly selected and awarded the tickets and contacted. Good luck! FYI, don't worry, your name/email will not be used for any other purposes.