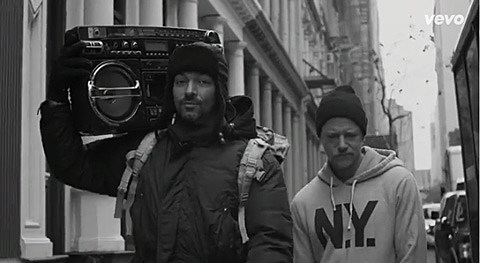 Interpol will release El Pintor track "Everything is Wrong" as a 7" on Record Store Day (April 18) that features a new B-side, "What Is What," as well as nifty design by acclaimed street artist Shepard Fairey (who did the art to both Antics and El Pintor). Artwork for that is below. The band just released the video for the song which was co-directed by frontman Paul Banks with Carlos Puga. Shot here in NYC, it follows the members on their various daytime routines, though it's clearly a slightly alternate universe. Also look out for a cameo from his girlfriend, '90s supermodel Helena Christensen (who starred famously in Chris Isaak's "Wicked Game" video 25 years ago). Watch it below.

As mentioned, Interpol will be playing a Celebrate Brooklyn! show at Prospect Park on July 21. Tickets are currently on BrooklynVegan presale (password: BVINTERPOL) and will go on sale to the general public on Friday (1/23) at noon. 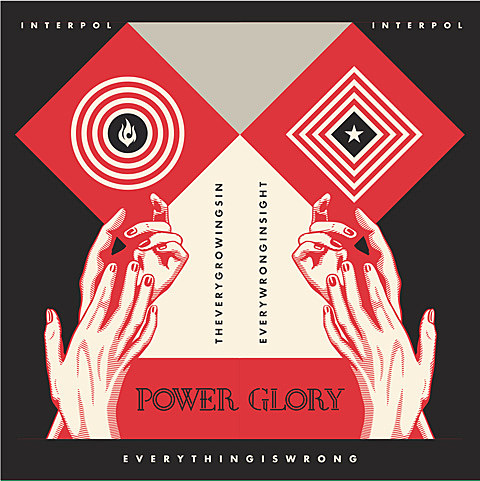