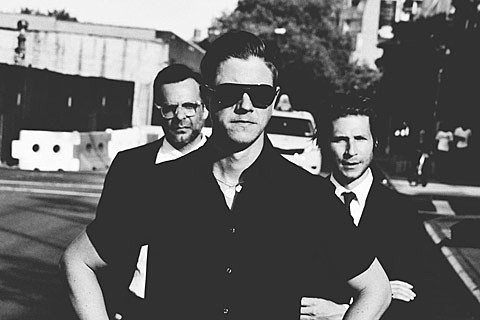 As mentioned, Interpol will release their new album, El Pintor, on September 9 via their longtime home of Matador. (Pre-orders in a variety of packages are available.) The band has just shared the first track from the album, "All the Rage Back Home." While still featuring that driving rhythm section the band are known for, there's an almost sunny, major key feel to it. The video for the song was co-directed by frontman Paul Banks and Sophia Peer and you can watch it in this post.

Interpol played Governors Ball last month and have a few other festival dates coming up, the next being Lollapalooza in Chicago. All dates are listed, along with the new video, below...

Interpol - "All the Rage Back Home"