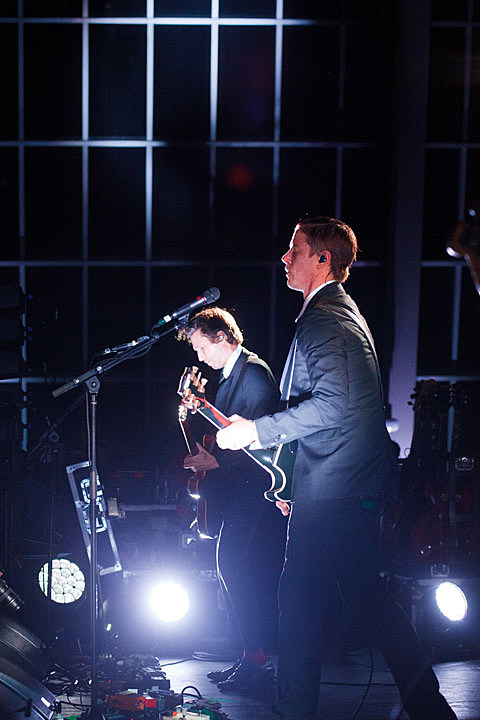 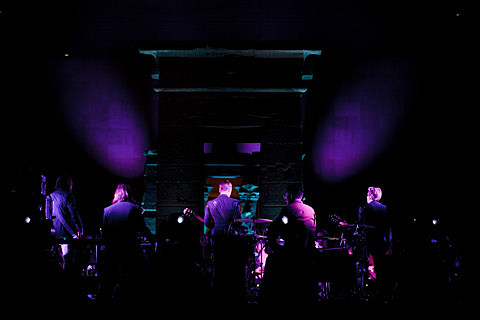 "I think our fourth record [2010's Interpol], in particular, was pretty left-field," says Banks. "Daniel wrote really left-field songs; Carlos at that point was inclined to go really far with some serious music theory on the compositions. I don't know shit about music theory. [With El Pintor], Daniel wrote songs that were immediate and direct, and I wanted to keep them that way. I didn't feel like pulling them off into very experimental directions, per se. It's very to-the-point, musically. I feel like it's refreshing, like we said, 'Let's write some fuckin' direct rock songs.' " - [Village Voice]

Interpol have always been a dapper band, but for the release party of their new album, El Pintor, they really celebrated in style, playing amongst the ruins of The Met's Temple of Dendur -- maybe their toniest show ever. (The night also was a release party for the Met's new mobile app.) Augmented by bassist Brad Truax and Secret Machines' Brandon Curtis on Keyboards, Interpol only played three new songs -- "All the Rage Back Home," "My Desire" and Same Town, New Story" -- all of which display the agreeably back-to-basics approach of El Pintor. With the record still a week out they were probably easing fans into it.

The band's attitude towards the new album seems pretty clear, judging from the setlist: they only played one song each from 2007's Our Love to Admire and 2010's eponymous album, sticking mainly to cuts from Turn on the Bright Lights, Antics and the new one. El Pintor definitely fits in well with those early hits. The band finished, appropriately, with "NYC." ("PDA" was on the setlist as the last song but they didn't play it.) As you might expect, sound was boomy in a big room like Temple of Dendur, but as pure spectacle it was a really cool place to see a band like Interpol.

Pictures and setlist from The Met are in this post. Interpol have more celebrating to do in their hometown, playing Bowery Ballroom on Thursday (9/4) which is sold out, iHeartRadio Theater on Friday (9/5) which will stream live at 7 PM, and two sold-out Terminal 5 shows as part of their Fall tour.

More pics and setlist from The Temple of Dendur, below... 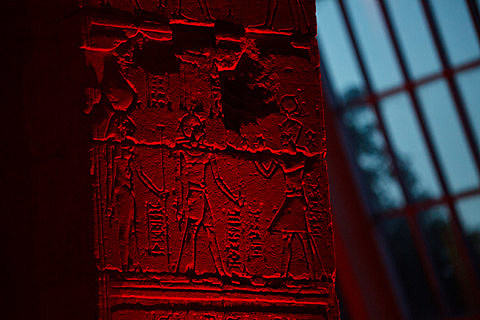 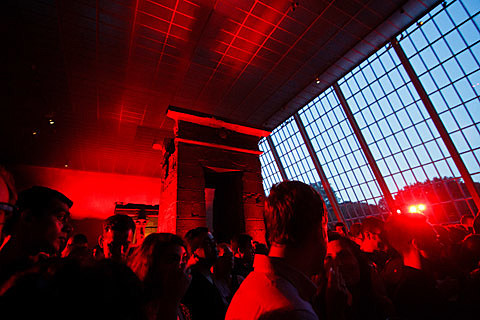 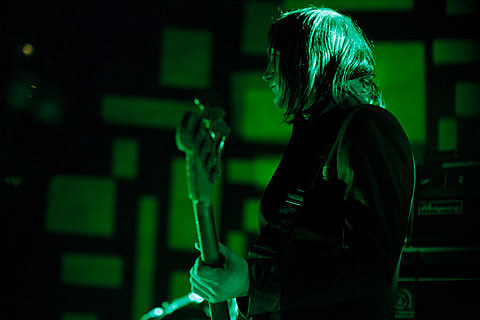 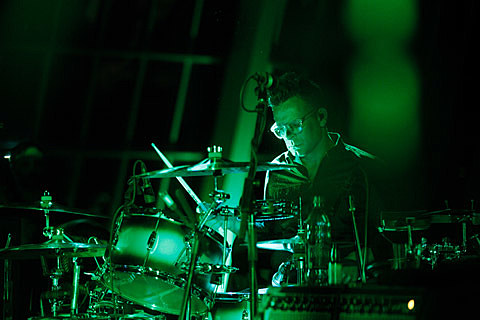 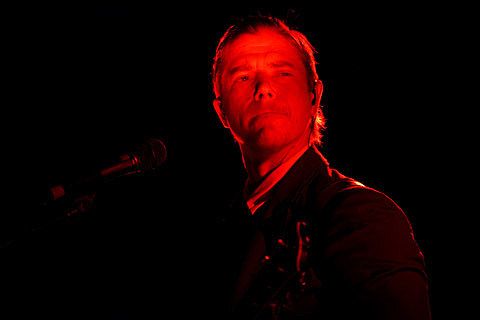 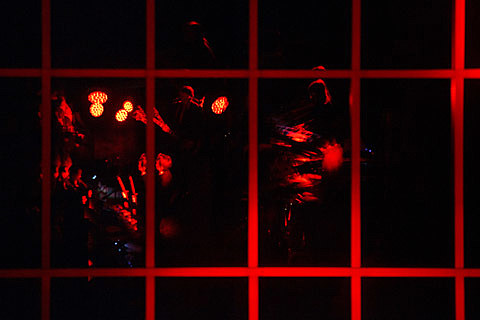 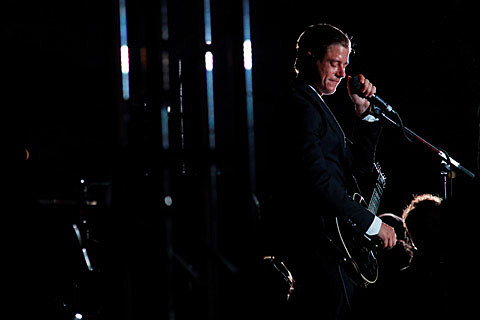 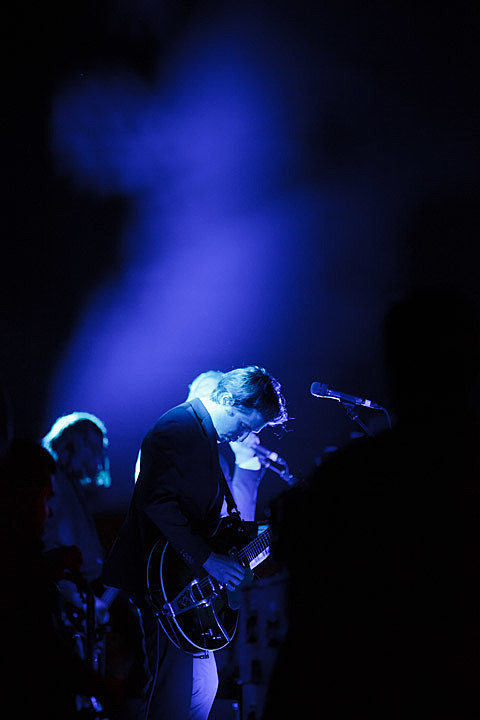 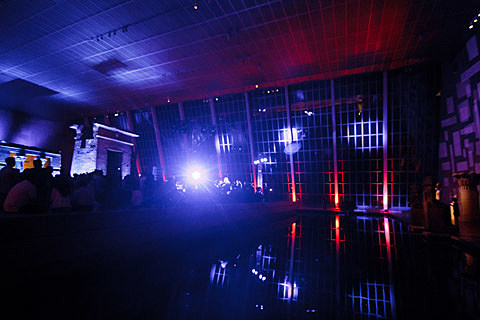 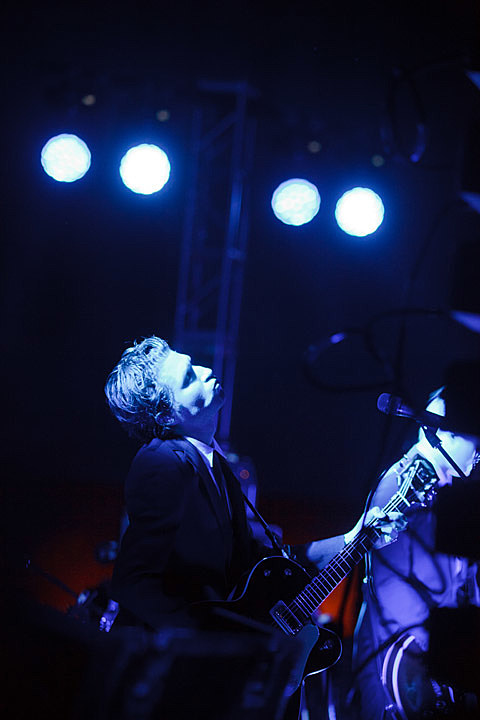 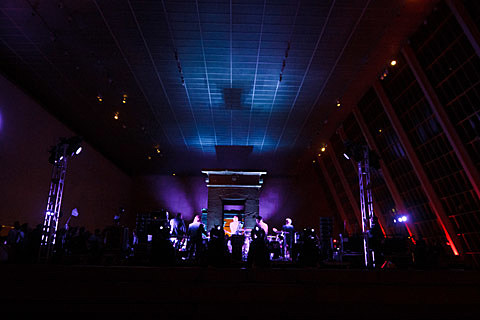 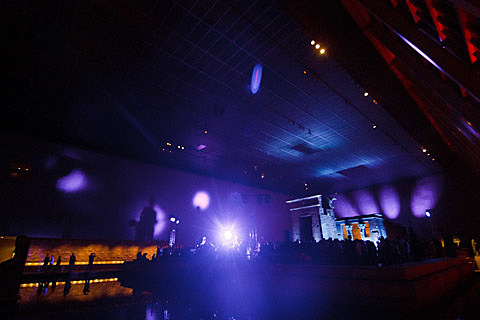 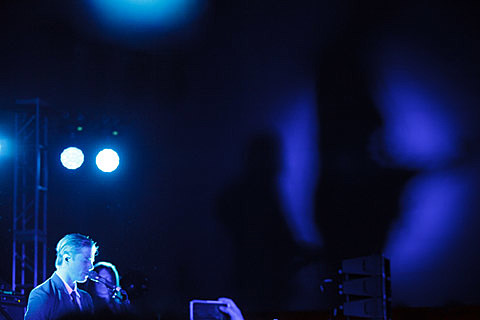 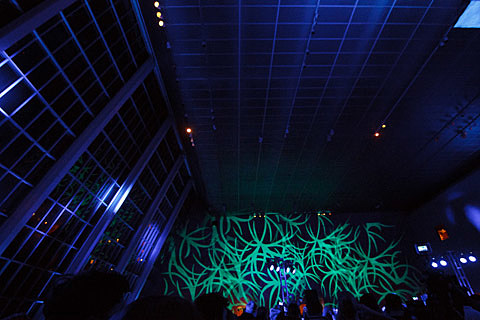 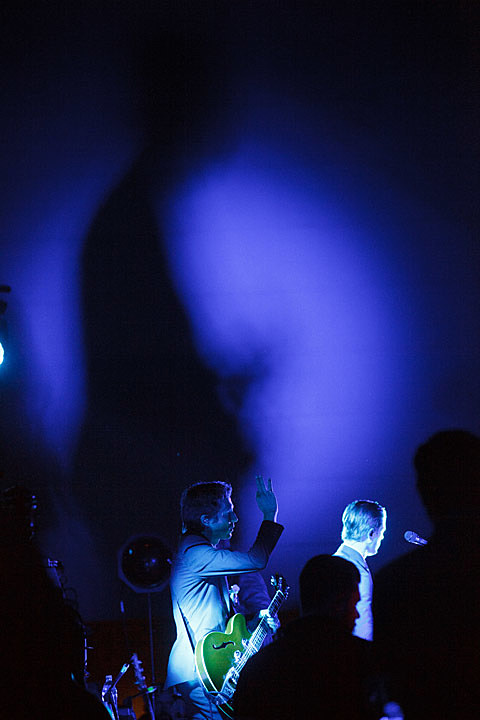 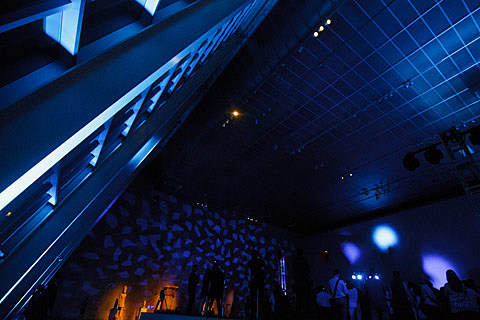 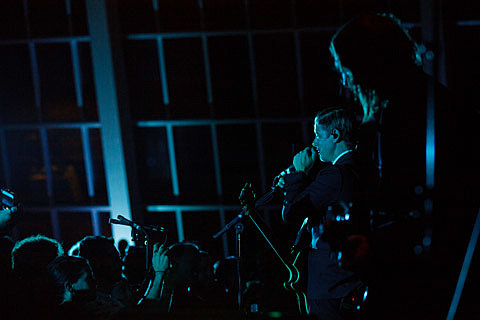 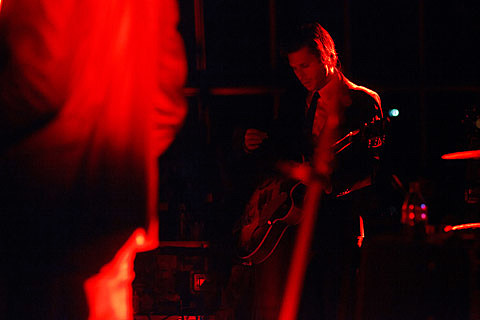 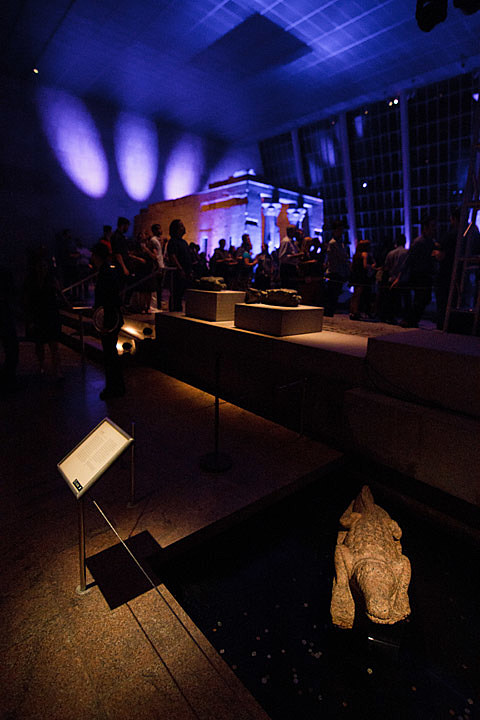 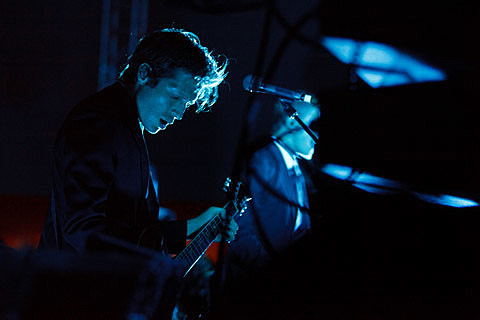 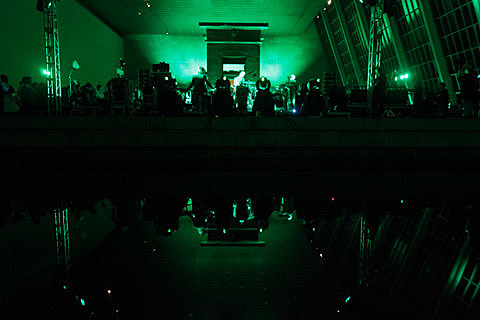 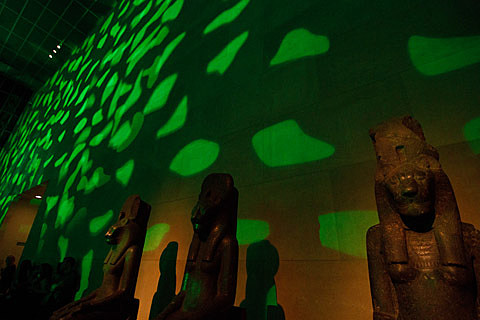 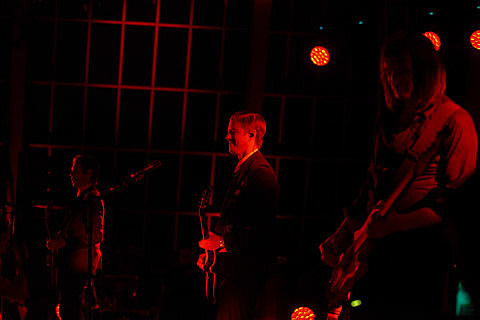 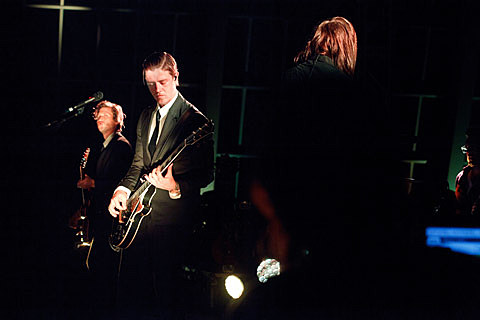 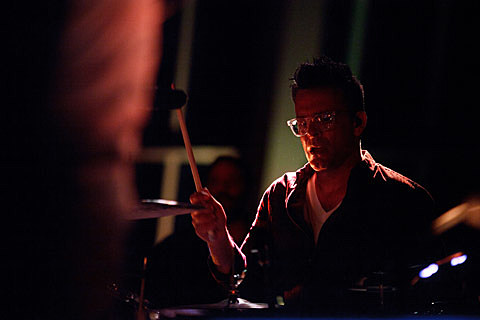 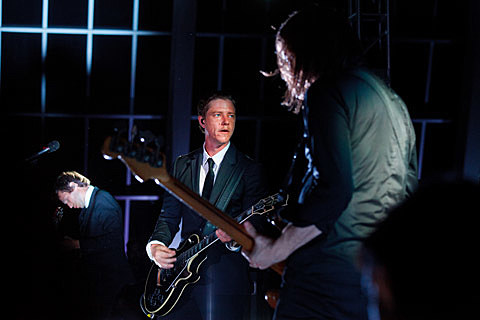 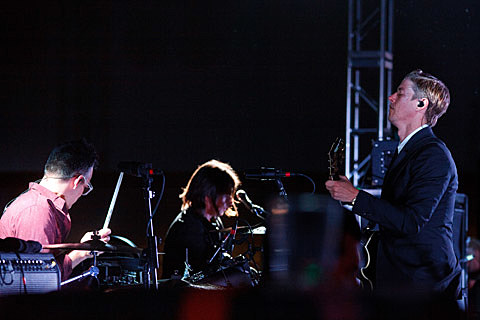 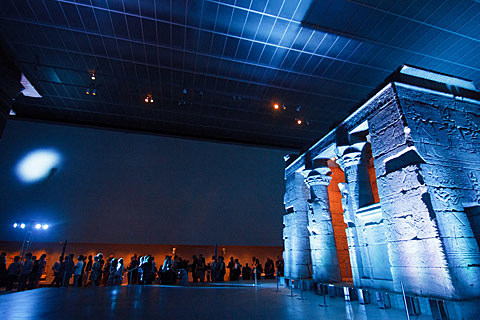 SETLIST: Interpol @ The Met 9/2/2014
Untitled
(first time since November 2011)
Leif Erikson
Length of Love
My Desire
Hands Away
Narc
Lights
All the Rage Back Home
Take You on a Cruise
The Lighthouse
(first time since May 2011)
Same Town, New Story
Not Even Jail
Say Hello to the Angels
Encore:
NYC