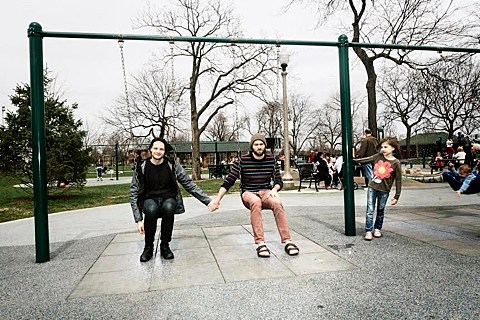 Recreational Drugs is a new Chicago duo with some familiar faces: guitarist Matthew Frank (who plays with Mike Kinsella and Evan Weiss in Their/They're/There and with Bob Nanna in Lifted Bells) and drummer Josh Sparks (who plays with Evan in Into It. Over It.). They're instrumental, and if you've listened to their other projects you might have an idea of what to expect. We're premiering lead single "A Song For Cats," which is all clean, mathy guitar parts and busy, nimble drumming. Check it out below.

The song will appear on their self-titled debut EP, which comes out December 18 via Count Your Lucky Stars. Pre-orders are available. 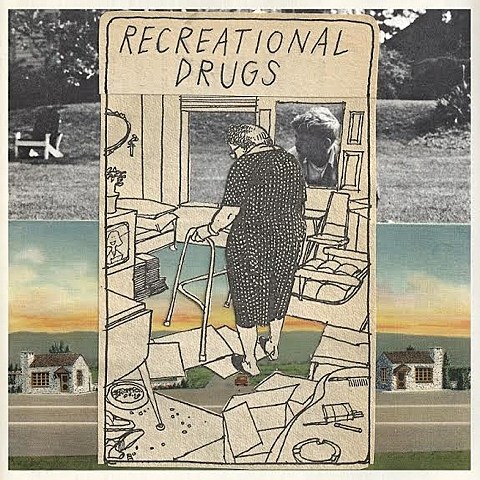 Filed Under: Into It Over It, Lifted Bells, Recreational Drugs, Their Theyre There
Categories: Music News
Comments
Leave A Comment
You Blew It singer forms Couplet w/ Into It. Over It. & Sincere Engineer members, announces LP
Stream La Dispute’s Fugazi cover from the upcoming 43-song tribute comp
Dashboard Confessional announce 2021 unplugged tour with Into It. Over It., Seaheaven & more
The Fest adds 30+ bands to 2021 lineup
10 years ago, the new wave of post-hardcore made its mark
No Earbuds covers comp announced (listen to Caracara cover Bartees Strange)