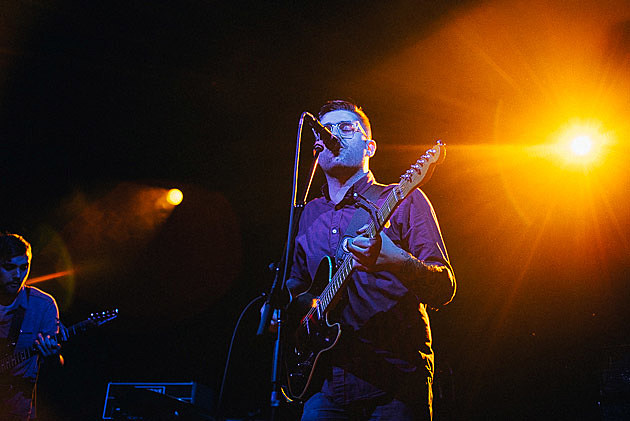 Into It. Over It. already shared "No EQ" from their upcoming John Vanderslice-produced album Standards, and today they revealed a second track. Similarly to the first single, "Required Reading" has hints of early Death Cab but with trickier math rock tendencies than that band ever had. No small of this is due to the masterful drumming of Josh Sparks, who previously lent his abilities to the highly technical band Damiera in the late '00s (which IIOI singer Evan Weiss was also briefly a member of). Check out the new song below.

As discussed, the band is going on an awesomely-billed tour with The World Is A Beautiful Place & I Am No Longer Afraid To Die, The Sidekicks and Pinegrove. That tour hits NYC on April 22 at Irving Plaza. Tickets for that show are still available.

Speaking of Pinegrove, they recently released a new single off their new album Cardinal, due next week (2/12) via Run For Cover. Following "Old Friends" we get "Cadmium." It's twangy indie rock that's folky and rockin' at the same time without being folk rock (and kinda sounds straight out of 2005), and Evan Stephens Hall's killer voice demands your attention the whole time. Check this out below.