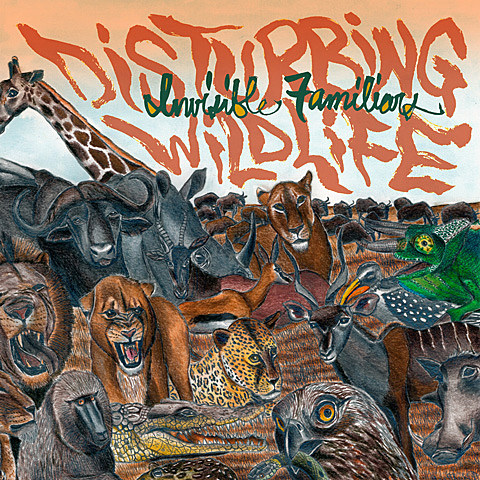 As mentioned, Invisible Familiars (aka NYC singer-songwriter Jared Samuel) will release his debut album, Disturbing Wildlife, next week (1/27) via Other Music. Having worked with Martha Wainwright, Cibo Matto and Sean Lennon, Samuel's own music is an appealing hodgepodge of styles that is at once quirky, folky, poppy and danceable. (A little like Beck? Perhaps.) The LP features appearances by Cibo Matto, Nels Cline, drummer Ryan Sawyer, and Stuart Bogie from Antibalas, just to mention a few. You can listen to the whole album right now -- we're premiering a stream of the album below.

The live band version of Invisible Familiars wrap up their January residency at Bed-Stuy's Bar Lunatico on Friday (1/23). They've got a couple more NYC shows lined up as well, including an official record release party on January 30 at Baby's All Right . That show is with Adam Schatz & Thomas White's Option Copter that features Cibo Matto, Steve Marion of Delicate Steve, Sean Lennon, and "many more!" Tickets are on sale. Invisible Familiars also play The Living Room on February 5 with Jolie Holland (tickets).

Flyer for the record release show and album stream below... 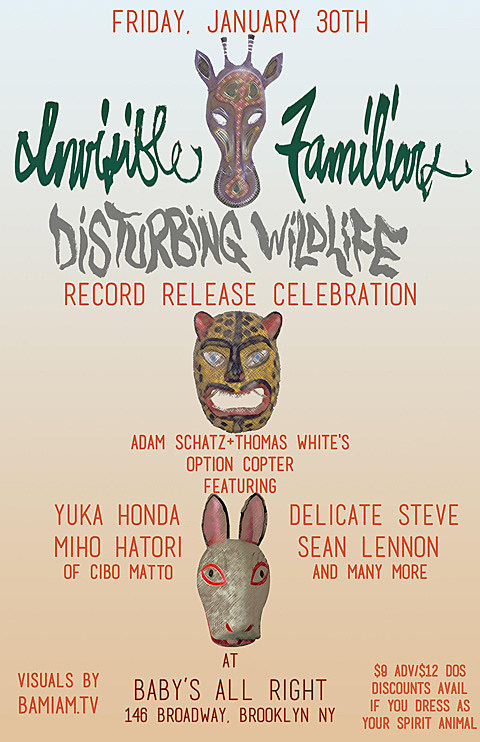