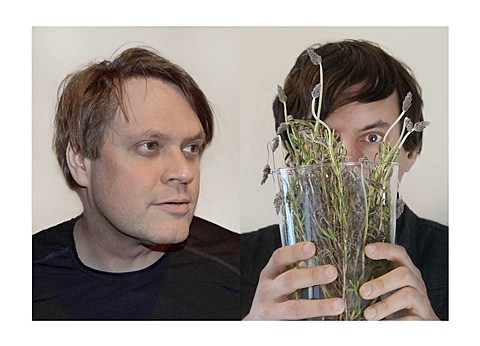 Guitarist Mark Shippy of now-defunct math rockers US Maple and drummer Jim Sykes of now-defunct experimental rockers Parts & Labor first met as members of Marnie Stern's band, and they've since formed their own project, Invisible Things. Given their background, it shouldn't come as too much of a surprise what Invisible Things sound like. New single "Kniii..." is driving eccentric noise rock, covered in distortion but not to the point where anything sounds unclear. It's good stuff, and you can check out the stream premiering below.

The song will appear on their upcoming second album, Time As One Axis, which was recorded/mixed by Martin Bisi (Sonic Youth, Swans), who certainly knows how to work with this kind of stuff. The album comes out May 12 via New Atlantis Records.