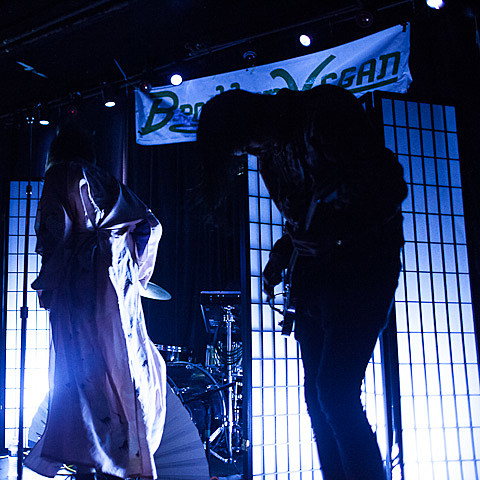 As mentioned back in the fall of 2012, IO Echo pushed back the release of their debut LP, Ministry of Love, and released a self-titled EP instead. The details of Ministry of Love have since been revealed and we now know that it comes out on April 2 via IAMSOUND. You can watch the videos for album tracks "Outsiders" and "Berlin, It's All A Mess" below.

The band will head out on the road this week as an opening act on Bloc Party's tour which hits the NYC area on Friday (1/11) at Wellmont Theatre in Montclair, NJ. Tickets for that show are still available.

Videos and a list of all dates are below...

IO Echo - "Berlin, It's All A Mess" Official Video

IO Echo - "When the Lillies Die"