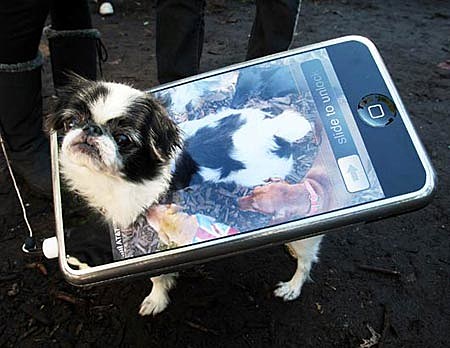 There won't be a live stream, but Engadget will be live blogging the Apple event today at 1pm EST (10am Pacific)...

"...this isn't just any Apple event. Not only is it the long-rumored and much delayed unveiling of the iPhone 5, it will also mark the first Apple event with new CEO Tim Cook at the helm since Steve Jobs resigned in August. All eyes are on Cupertino to see what Apple's got in store, and how it will all play out. Here's what to expect....

...The iPhone 5, after all, is coming months after it was originally expected, and it's Apple's flagship product. While rumors have predicted everything from a complete redesign to a WiMax 4G model over the past year, a consensus has emerged on what will probably be unveiled in Cupertino today.

The next iPhone will look a lot like the last one. It'll be an incremental upgrade, design-wise, and won't be called the iPhone 5 ("iPhone 4S" appears to be the leading candidate for the name). The processor will be the Apple A5, the same chip found in the iPad 2, and it'll sport an 8-megapixel camera. There's virtually no chance it'll have LTE connectivity or an NFC chip, but the AT&T version will support HSPA+ 21 networks.

If the name of the event is any indication, voice recognition will factor highly as a new feature. Last year Apple acquired Siri, a company that makes voice-to-text software, and some blogs have reported that the next iPhone will have much more extensive voice control than previous models, essentially bestowing the user with a "personal assistant."

Changing the game even more will be the addition of Sprint to the U.S. carriers that offer the phone. The Wall Street Journal reported yesterday that Sprint is paying billions to get the iPhone in order to keep its customers from defecting. (Of course, there's always the crazy, out-of-left-field rumor that Sprint will exclusively get the iPhone 5 while AT&T and Verizon get the iPhone 4S, for whatever that's worth.) When will it be on store shelves? Best guess: Oct. 21. iPhone launches are always on Fridays, typically two to three weeks after the unveiling. Happy Halloween. [PC Mag]

MadeMan.com lists the "10 Best iPhone Apps For Hipsters". They have Daytrotter on there. Hype Machine also now has an app.