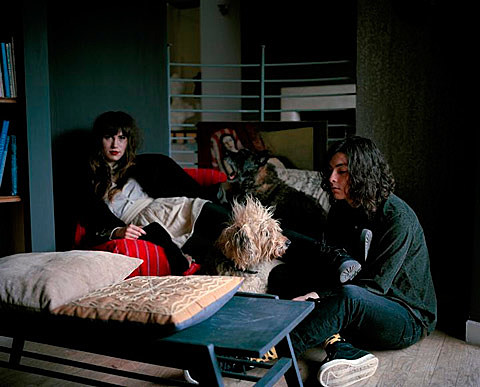 Irish duo Princess make dark and druggy shoegaze, the kind that makes any situation sound like 3 AM. (They've toured with fellow Irish band Girls Names which is a good fit.) They've released a few singles and EPs since forming two years ago, and just released a new single, the blissed-out "Molly." We've got the premiere of its video. Directed by Aoife Nessa Frances, it's gorgeously shot and a little NSFW, though mostly in shadowy closeup, so pretty abstract. Watch it below. Aoife also designed a t-shirt you can buy that comes with a download of the song.

Princess haven't made any plans to cross the Atlantic just yet, but will be touring in the UK with Canadian duo Cousins soon, as well as a stint opening for former Can singer Damo Suzuki.

Video and streams from a few other Princess releases below...