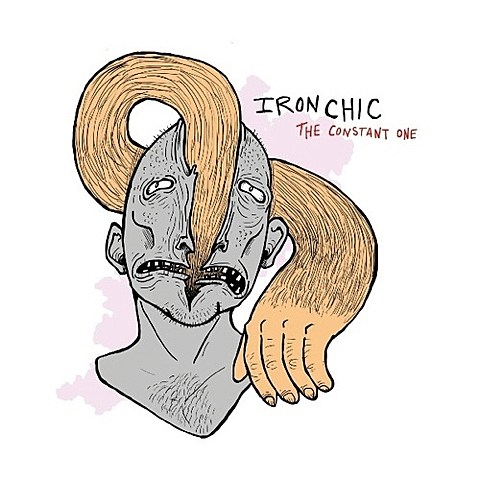 Long Island punks Iron Chic returned with an excellent new record this year, The Constant One, which came out last month via Bridge 9 (their first for the label). It mixed Japandroids-style anthems with the gruff punk of Hot Water Music and Title Fight, and was filled with shout-a-long bangers throughout. It rips, and if you haven't heard it yet, you can stream the whole thing (via Noisey) below.

Iron Chic will be heading out on a full US tour in 2014, and though dates for that are still TBA, they've announced that they'll play a tour kickoff show in Brooklyn on February 21 at Acheron with Chumped, Earworms and more TBA. Tickets for that show are on sale now. All currently known dates are listed below.

Meanwhile, Chumped, who veer a bit more on the pop punk side than Iron Chic, will play their hometown of NYC much sooner at the BrooklynVegan/Exploding In Sound holiday party at Death by Audio on Thursday (12/12) with SideOneDummy signees PUP, garage punks Slow Warm Death (ex-Snowing), the bluesy Slothurst, and Dischord Records "supergroup" Alarms & Controls (mems. of Circus Lupus, The Crownhate Ruin, etc). Doors for that show are at 7 PM and the first band is on at 8. All ages, $8 admission.

UPDATE (1/14): The full tour was just announced. All dates are listed, along with their LP stream and a Chumped stream, below...