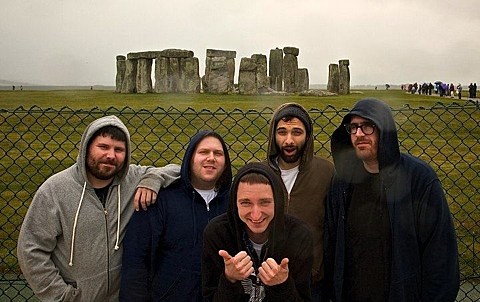 We recently mentioned that Long Island punk bashers Iron Chic have an upcoming NYC show opening for 7 Seconds when their tour hits Knitting Factory Brooklyn on August 3 with The Copyrights (tickets), and it turns out that's actually one of three upcoming NYC shows for the band.

First, they play Union Pool on July 5 which also includes Cancers, Waxhatchee/Swearin' side project Great Thunder, and Now People (ex-The Ergs). Tickets for that one are on sale now. A few days later, they'll team up with the reactivated Spraynard for the NYC stop of their tour with Timeshares happening July 11 at Shea Stadium. No advance tix for this one either. Their only other date we're currently aware of is a Long Island show in August. All dates are listed below.

Iron Chic bassist Mike Bruno's other band Crow Bait recently released their debut album, Sliding Through The Halls of Fate on Don Giovanni, and as discussed, they'll be supporting it on a tour with Beach Slang that includes a record release show in NYC on June 13 at Suburbia with Chandeli'ers and Outta Gas (show flyer below). Beach Slang just announced that they've signed to Tiny Engines who will release the followup to their excellent Who Would Ever Want Anything So Broken? EP this fall.

All Iron Chic dates are listed, with a video and a stream of their 2013 album, The Constant One, below...

Iron Chic at The Fest 12 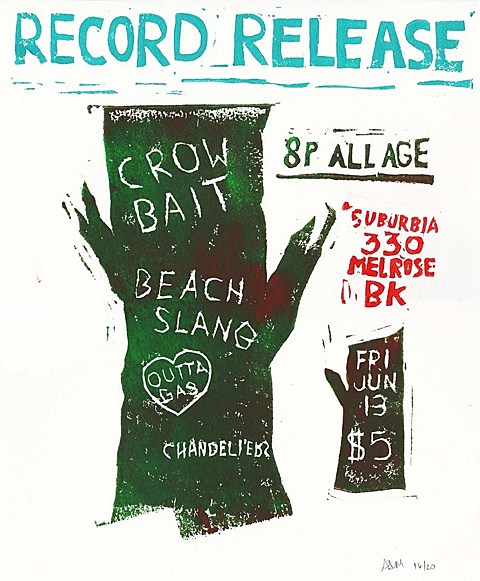