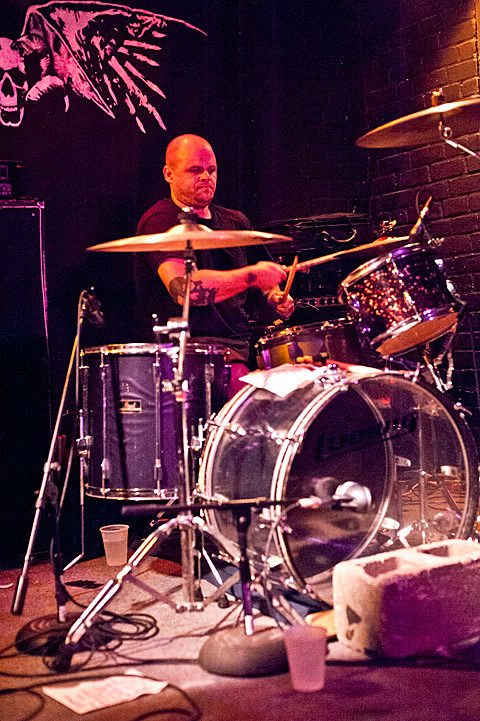 Iron Lung will team with Dreamdecay, Brain Slug and Shoxx as part a rager set for March 30 at Death by Audio. $8 gets you in.

So far additional dates have not been announced, though Jensen of Iron Lung is confirmed to serve as a member of Society Nurse (with members of his other project Walls and others), when the band plays with Vile Gash, Slices and more at Acheron on January 19. Tickets are on sale, or you can buy them with a limited bundle with Catharsis ticket for later that night.

In other news, Shoxx, who you might have seen at 285 Kent over the weekend, play Acheron on January 5 with No Power Swaath and In School. The band's drummer Elsner Nino played with Merchandise on both nights of their 285 Kent shows (New Year's Eve included) as their newly-appointed member.

Head below for new Iron Lung streams, as well as a Society Nurse video.