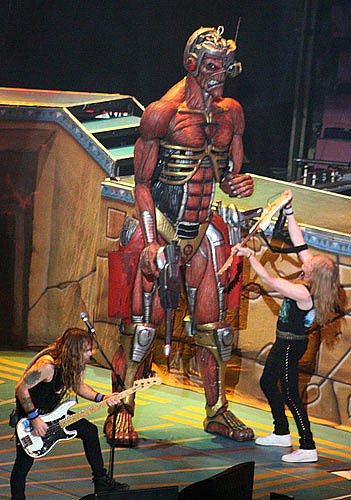 You had a giant set made to look like a pyramid tomb, a setlist of songs from the 80s, old dudes in leather pants and cut-off tees, multiple costume changes, pyro, coordinated guitar line dances, the guitar-as-machine-gun poses, and fog machines galore (with all the fog on stage, I half-expected the guys to break out into "Stonehenge"). 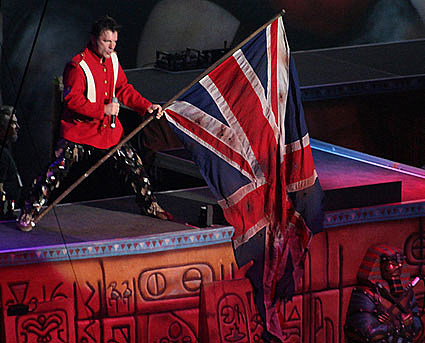 As a sum of those parts, it is easy to see how Iron Maiden's March 14th show at the Izod Center could have been utter "fromage", but when you are dealing with a band as tight as Maiden, a fanbase as rabid as theirs, and a setlist culled from the elite of arguably the best era of their career, you can only expect an excellent show (which it definitely was). 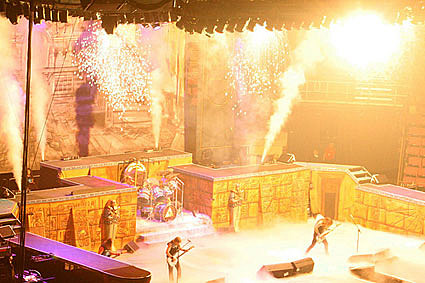 In related news, May 13th will see the release of Somewhere Back In Time, a "best of the 80s" comp that will be offered as a free download of "high quality WMA files" that expire after three plays. It comes out on CD the same day. Check it out and then work them vertebrae at one of their newly announced shows (an extension of the previously mentioned tour) including one night at MSG in NYC (on June 15) and another at PNC Bank Arts Center in NJ (on June 14). A Fan Club only presale begins today (3/19) at 10AM, a ticketmaster presale begins Friday (password=rock), and tickets go on regular sale on Saturday (3/22).

More photos from the Izod Center show, the 'best of' tracklist, and all tour dates, below...... 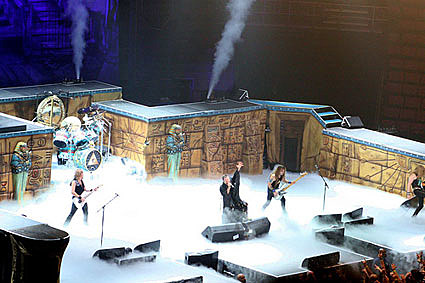 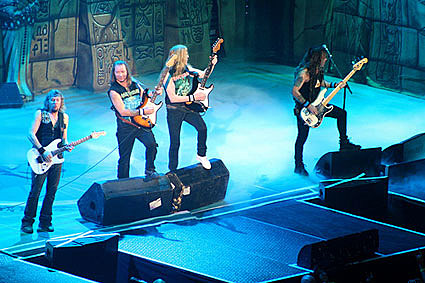 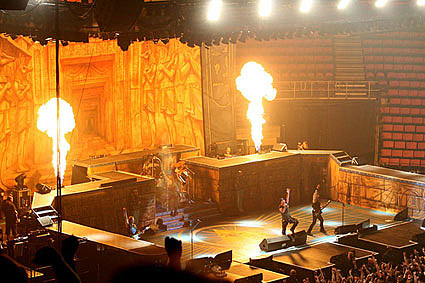 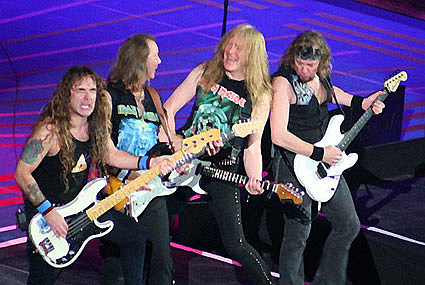 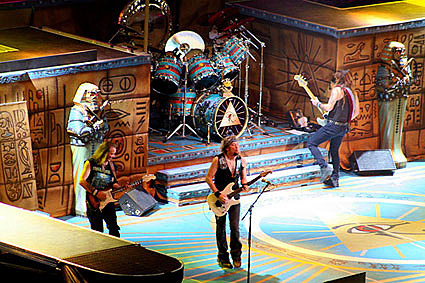