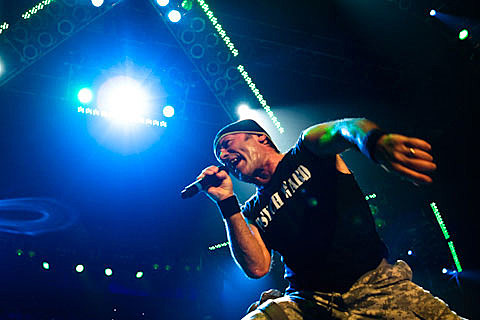 IRON MAIDEN are back on the road this summer with a series of Arena, Amphitheatre and Festival shows in the U.S.A. and Canada, opening in Charlotte, NC, U.S.A. on June 21, and finishing in Houston, TX, on Aug 18 (dates listed below), to be followed by further dates around the World in 2013. The MAIDEN ENGLAND WORLD TOUR will closely mirror, in terms of production and content, the original 1988 concert video of the same name, shot on the "Seventh Son Of A Seventh Son Tour".

Iron Maiden will play shows with Alice Cooper on some dates and Coheed & Cambria on others. Look for Alice Cooper at both NYC area shows: June 28th at Jones Beach and July 2nd at Prudential Center in Newark, NJ. Maiden will release details on fan presales in the near future via their website, but ticketing info is otherwise unavailable.

All Iron Maiden tour dates and some video from that production in 1988, below.

Iron Maiden - Can I Play With Madness