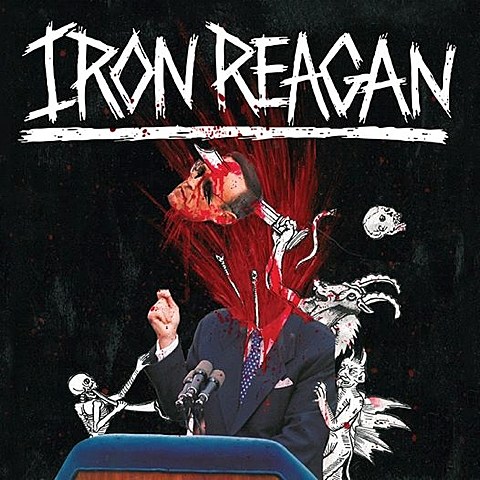 Richmond, Virgina supergroup crossover stars Iron Reagan have released a new cut from their forthcoming album Tyranny of Failure. The song is called "Miserable Failure" and it thrashes and dashes for two quick minutes. Check out the track below. Tyranny of Failure will be out on Relapse on September 16 (preorder). "Miserable Failure"'s drop happens to coincide with Iron Reagan's tour kick off in Washington, D.C., with Eyehategod, Vektor, and Strong Intention. That stacked bill hits NYC at the Acheron on July 15 (tickets).

In other Relapse news, records from Brooklyn's Mortals and the grindy hardcore project of wrestler UltraMantis Black hit the streets this week. As expected, Mortals' Cursed to See the Future was a massive monument to crust, heavy metal, and Hellhammer. They'll be playing the Acheron on July 18 for their record release show. The related Belus will also be playing the Acheron on August 9 along with the Welcome to Deathfest screening. UltraMantis Black, on the other hand -- along with members of Pissed Jeans -- revived mid '90s metallic hardcore for his EP that spits an acidic dissonance. The towering wrestler will be playing Philadelphia's This is Hardcore on July 24.

Stream all of the releases below...