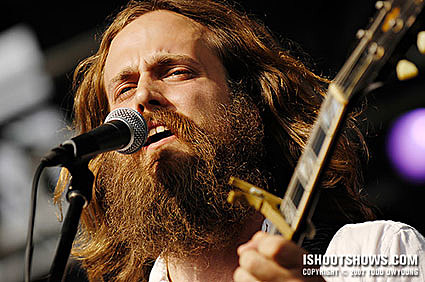 Iron & Wine's next full length, Shepherd's Dog, will be released on September 25, 2007. Not coincedentally, Iron & Wine just announced four new tour dates right around that date. One of them is in NYC @ Town Hall on September 30th. There's a presale. All dates, and a video of Iron & Wine covering Radiohead @ The PFork festival, below....

No Surprises (Cover by Iron & Wine)