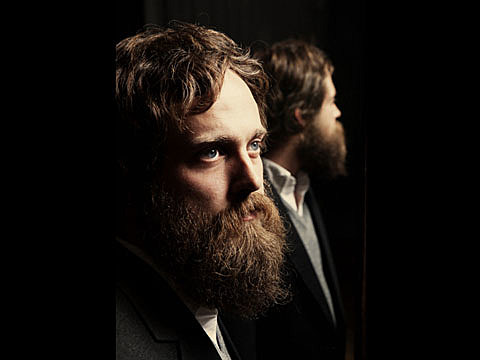 Iron & Wine were just revealed as the mystery band playing The Greene Space (44 Charlton at Varick) in NYC as part of NPR's "First Listen" series, TONIGHT (1/5). Not only that, but Sam Beam and band will be playing the new Iron & Wine album, "Kiss Each Other Clean," in its entirety. It's out January 25. Tickets for the show are on sale UPDATE: Sold out. UPDATE 2: On sale again (keep trying). If you don't get one in time, or you can't be there, you can also watch the webcast hosted by John Schaefer of Soundcheck.

Iron & Wine support the new album on a proper tour starting later this month with shows in LA and at Radio City Music Hall in NYC.