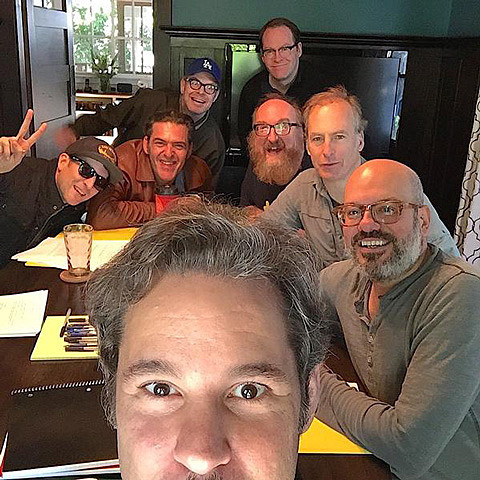 Well this is something to look forward to in 2015. Earlier today, Paul F. Tompkins tweeted the above picture, saying that "Maybe something new coming from the Mr. Show gang in the new year?" There have been Mr Show-related tours in the past, but could this mean new episodes? In that picture we've got both David Cross and Bob Odenkirk, Brian Posehn, Jay Johnston, Tompkins... that looks like Scott Aukerman in the sunglasses, and who are the two guys in the back? Let's hope Jerry Minor and Mary Lynn Rajskub are part of it too (Tom Kenny and John Ennis, too), whatever it is. Stay tuned.