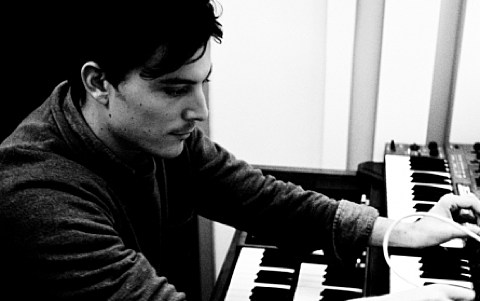 Sydney producer Isaac Tichauer is a member of the excellent French Express label which is responsible for some of the better names in the current "house revival" (Moon Boots, Chris Malinchak, etc). Isaac's newest single is "Changes," which is less thumping and bass-heavy than some of the other stuff in this realm, but a cool, chilled-out version of it. It's good stuff and can be streamed below.

Isaac also just made a mixtape which features tracks from Leon Vynehall, Moodymann, Jabru, LTMDTW + Jess Boykins and more. That premieres in this post and can be streamed below as well.

He's got some upcoming dates this weekend too, including a show in NYC on Friday (7/11) at Glasslands with FIXED's JDH & Dave P. Tickets for that show are on sale now. He plays DC on Saturday, and then returns to NY on Sunday for upstate festival The Hudson Project with labelmate Moon Boots, Kendrick Lamar, Modest Mouse, The Flaming Lips and more.

All of his dates are listed, with the new mixtape and "Changes" streams, below...