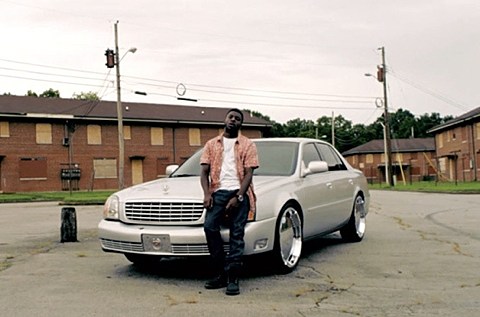 Top Dawg Entertainment is the label behind Cali rap group Black Hippy, aka Kendrick Lamar, Schoolboy Q, Ab-Soul, and Jay Rock, but as mentioned a few times, TDE recently picked up a couple new artists, including R&B/dream pop singer SZA and Tennessee rapper Isaiah Rashad. SZA first caught our ears with some impressive EPs released prior to the signing, and Isaiah Rashad just won us over at CMJ when he made a guest appearance during Schoolboy's set. Now, the two newest members of the TDE family have teamed up for a song together, "Ronnie Drake," and you can certainly hear some of Kendrick Lamar's style coming through in Isaiah Rashad's delivery on this one. Check it out below.

SZA, who also played NYC during CMJ and then right after that with Little Dragon, does so again tonight (11/4) at Converse Rubber Tracks. It's a free show but you had to RSVP, and that's now closed.

Kendrick and Schoolboy Q were just in NYC over the weekend for Power 105.1 Powerhouse at Barclays Center.

Isaiah Rashad was also recently joined by Schoolboy Q and Jay Rock on the remix of his song "Shot You Down." You can stream that, along with "Ronnie Drake," below...