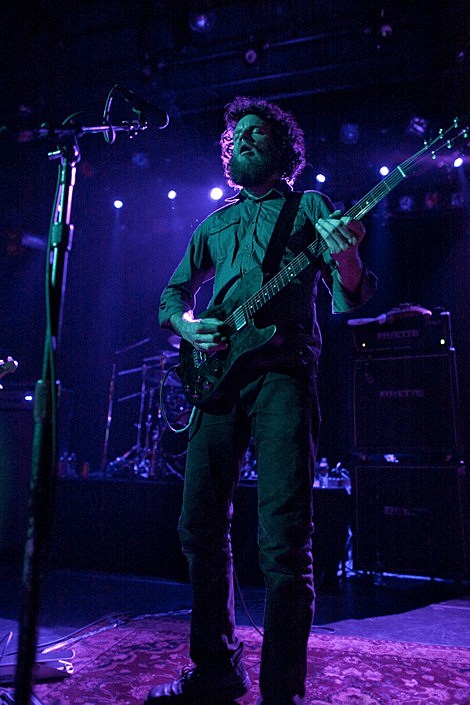 "ISIS has reached an end. It's hard to try to say it in any delicate way, and it is a truth that is best spoken plainly. This end isn't something that occurred over night and it hasn't been brought about by a single cataclysmic fracture in the band. Simply put, ISIS has done everything we wanted to do, said everything we wanted to say. In the interest of preserving the love we have of this band, for each other, for the music made and for all the people who have continually supported us it is time to bring it to a close. We've seen too many bands push past the point of a dignified death and we all promised one another early on in the life of the band that we would do our best to ensure ISIS would never fall victim to that syndrome...

The rest of their statement is below...

...We've had a much longer run than we ever expected we would and accomplished a great deal more than we ever imagined possible. We never set any goals in the beginning other than to make the music we wanted to hear and to play and to stay true to that ideal, so everything else that has come along the long and winding path has been an absolute gift. As with any momentous life changing decision (which this certainly is for the 5 of us), we feel a very dynamic range of emotions about this and cannot express all of this within the space of a few sentences, and perhaps it's best to do what we've always done in and let our music speak for us. It is and has been the truest expression of who we are as a collective and in some ways who we are as individuals for the 13 years in which we've been together. The last and perhaps most important thing we might say in relation to all this is how grateful we are for the people that have supported us over the years. It is a lengthy list that would include those who put out our records, those that played on and them and put them to tape, the many bands with whom we shared the stage, all of our family, friends and companions who supported us in our individual lives and thus made it possible for us to continue on in the band, and most importantly those that truly listened to our music whether in recorded form or by coming to out to our shows or both. It is quite true that we would never have done what we have without those people, that is many of you who are reading this. Our words can never fully express what we feel, but we hope that our music and the efforts made to bring it into being can serve as a more proper expression of gratitude for this life and for everyone in it. Thank you.

In more immediate and practical terms the tour we are about to embark upon is indeed our last. We are hoping that these final live rituals can help us bring a close to the life of this band in a celebratory and reverent way and also provide us with a chance to say goodbye to many of those that have supported us over the years. While there is a measure of sadness that comes with the passing of this band, we hope that the final days can be joyous ones during which any and all that wish to come and join us will do so. It seems fitting that the last show of the tour and of our existence will take place in Montreal, the site of the very first ISIS show in 1997 though that was an unintentional move when booking the show initially. After the tour we also plan to follow through with other projects set in motion some time ago, that is pursuing the completion of a final EP, compiling live audio and visual material for future releases, and generally doing whatever we can to make our music available for as long as there are people who wish to hear it.

Thanks again to any and all,

Tickets are still available for both dates with Melvins: their Webster Hall show on June 18th and the Music Hall of Williamsburg show on June 19th.