this picture (by Joel Barhamand) isn't even of comedy, but it did happen at Rififi where comedy often happens..... 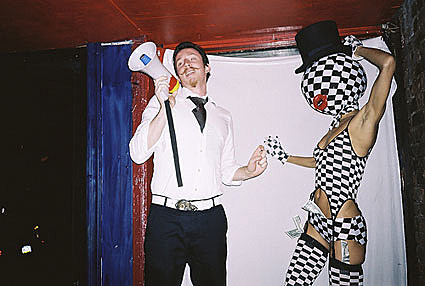 I already posted a reminder that Human Giant is at UCB again tonight, but I didn't mention the "It Is It" show happening earlier in the evening at Pianos:

Also read through the recent Eugene Mirman post for other upcoming NYC shows.

Filed Under: Adam Lowitt, Demetri Martin, Eugene Mirman, Human Giant, It Is It
Categories: Comedy News, What's Going on Tonight in NYC
Comments
Leave A Comment
Back To Top