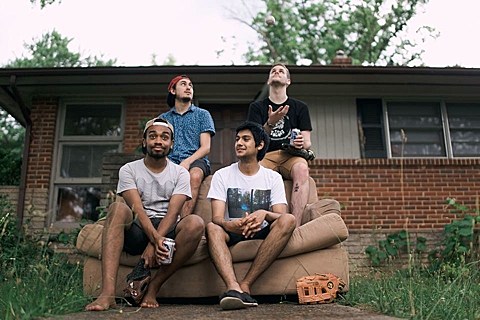 Charlotte, NC's It Looks Sad. are set to release their self titled debut EP on Tiny Engines this summer. The band's bio is quick to drop Beach Fossils as an influence, likely because of the clean guitar leads, but their passionate vocals that sometimes near a scream suggest they've got roots in harder-edged punk and emo. (So basically, they've probably had the same music listening trajectory as a majority of US rock bands in their 20s). Three of the four tracks on the EP are currently streaming, and you can check them out for yourself, below.

It Looks Sad. will also be going on a short tour this August which hits NYC on 8/6 at Cake Shop with Sharkmuffin, Haybaby and Beiju. Doors are at 8 PM, admission is $7. All dates are listed, with the streams, below...