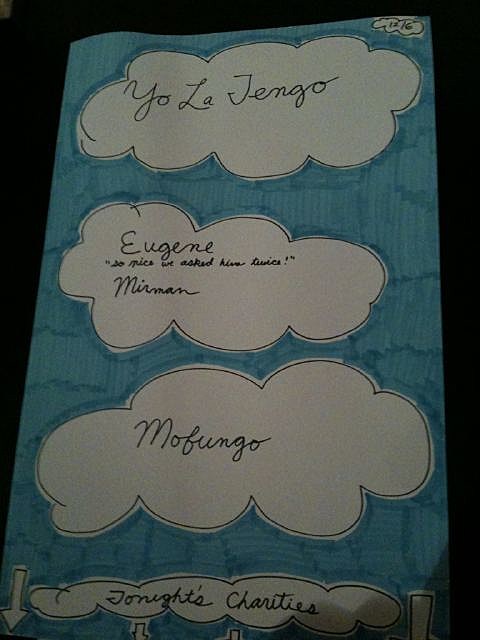 "We regarded music as a form of socializing, and took a resolutely unprofessional approach. Only a few of us in the scene ever imagined becoming professional musicians. We were the stepchildren of the first generation of no wave bands (a term Chris Nelson coined in the New York Rocker, where I was a part-time photographer) like Mars, Teenage Jesus and the Jerks, D.N.A. and the Contortions. We took pride in our facile and self-taught instrumental licks, and played music that was often hookless and even atonal. Our influences were broad, including jazz, African music, commercial jingles, and the English punk movement, especially the artier aspects. We avidly followed bands like the Fall (in its earliest incarnations), Wire, and X-Ray Spex, all of whom we were able to see at CBGB.

It was an era when the East Village was not the tourist trap it has become. There were few restaurants open in the evening, and nearly every hipster you saw on the street was carrying an instrument. Everyone was either in a band, or was a DJ or rock critic. Music was featured at loft parties, festivals, and impromtu neighborhood clubs. One regular Mofungo gig was on the roof of my building at 630 East 14th Street, where we threw a party every Fourth of July. We also formed an alliance with Chain Gang, a punk outfit from the Bronx, whose members made a living driving cabs and self-released a series of amazing singles."
[The inside story of Mofungo by Robert Sietsama]

As prophesized, Mofungo opened for Yo La Tengo on the sixth night of Hanukkah at Maxwell's in Hoboken. I have no idea when the last time the No Wave band (if ever) got back together, but according to the above-quoted article, they played their last show in June 1992 at CBGB. And Amy Rigby and Wreckless Eric were in fact special guests, as were Mikael Jorgensen of Wilco and Tara Key of Antietam, and Gil Divine. Eugene Mirman returned as comedy opener. Ira made the mix disc. And they do it again tonight. Last night's setlist below...

--
Yo La Tengo at Maxwell's
6 December 2010 (via)
*(Hanukkah, night 6)*
Mofungo and Eugene Mirman opened.
benefit for Visionfest, and others TK

My Heart's Reflection
Barnaby, Hardly Working (with Tara Key on guitar)
Styles of the Times (with TK)
Stockholm Syndrome (with TK)
Tears Are In Your Eyes (with Mikael Jorgenson of Wilco on keyboards)
She May Call You Up Tonight (The Left Banke) (with MJ)
Shut Up (The Monks) (with MJ)
Avalon or Someone Very Similar (with MJ)
If It's True (with MJ)
You Can Have It All (George McCrea) (with MJ)
I Wanna Be Your Lover (Bob Dylan) (with MJ)
Upside Down (with MJ)
This Ain't the Summer of Love (Blue Oyster Cult) (with MJ)
Little Honda (Beach Boys) (with MJ and audience members)
More Stars Than There Are In Heaven (boogie version) (with MJ)

*(encore)*
Red Rubber Ball (Paul Simon)
??? (Amy Rigby) (with Amy Rigby and Wreckless Eric)
I Get Out of Breath (The Turtles) (with AR and WE)
Whole Wide World (with AR and WE)
Nothing (The Fugs) (with TK, MJ, AR, Gil Divine, Mofungo)