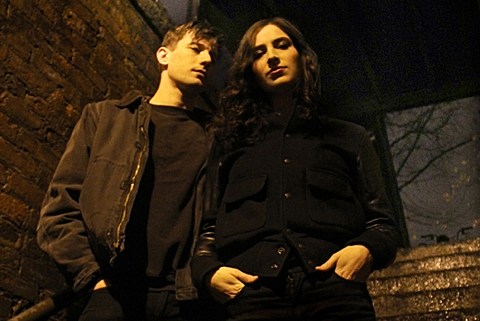 Ital (aka Daniel Martin-McCormick of Black Eyes, Mi Ami, Sex Worker) and visual artist Aurora Halal, both regulars in the "Brooklyn Electronic Underground," have teamed up to record a collaborative EP, The Day After, which comes out on April 28 via Ital's Lovers Rock label. Two trippy tracks from the EP have been released, including the 7+ minute "Phase 2" and the 8+ minute "Ascension," which you can stream, along with the tracklist, below.

Ital & Halal will also perform live together during NYC's Unsound Festival. Their show happens this Saturday (4/5) at The Wick with veteran duo Porter Ricks, Robert Aiki Aubrey Lowe (aka drone musician Lichens), Miles (the solo project of Miles Whittaker, who is one half of Demdike Stare who also play Unsound on Friday), Leisure Muffin and Le Petit Garcon. Tickets for Saturday's show are still available. Flyer below.

Ital also has some of his own dates coming up in NYC too, including an opening slot on Rone's Glasslands show tonight (4/3) (tickets), and another opening for Clark at Glasslands on 5/2 with Octo Octa (tickets). 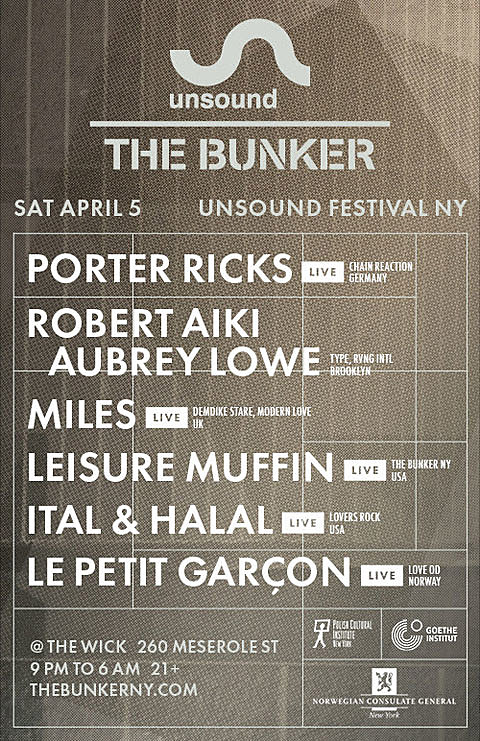