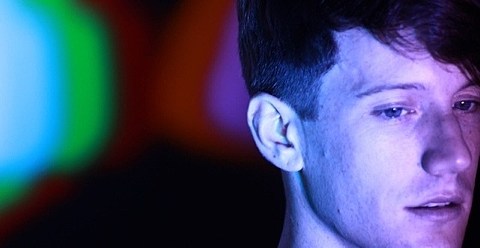 NYC producer Ital (aka Daniel Martin-McCormick, who was also in Black Eyes, Mi Ami, and recorded as Sex Worker) always tends to be up to something, and he's got a handful of shows scheduled for this month and the coming months after that. I recently wrote about him for BV Chicago and said:

If you've never seen Ital live and are wondering if he's "just another knob turner," I caught him on his 2012 tour with Laurel Halo and can assure that it's a great time. His music in Ital may lean a bit on the calmer side recorded, but he's a party-starter at heart and he goes nuts behind the boards at his shows.

His upcoming dates include a live set in NYC TONIGHT (2/15) at Body Actualized Center (143 Troutman St.) with Jonas Reinhardt, Aurora, (Mutual Dreaming) and Hauser/Quaid with DJ sets by Jan Woo and Terekke. Doors are at 10 PM and admission is $10. Then on Saturday (2/16) at 285 Kent he'll DJ a Mutual Dreaming party with Todd Sines.

In March, Ital is set to tour Asia with Magic Touch, and upon returning home he'll play another NYC show at 285 Kent on March 30 with Container, Co La, and PVRE MATRIX. Tickets for that show are on sale now.

Pitchfork recently filmed a Co La show at 285 Kent, where he played material off of his upcoming album (which he says is due out in May) and was interviewed. That video and a list of all currently known Ital dates below...

all live sets unless otherwise noted