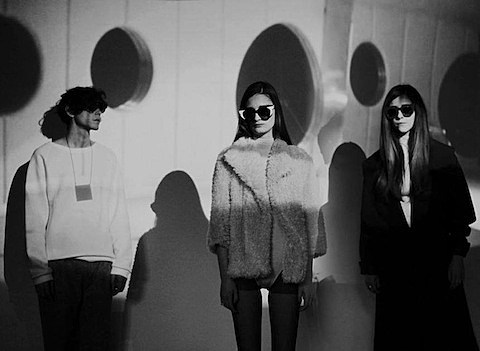 Italian trio Be Forest are masters of mood, making swoony dreampop informed by the classics but very much in the now. The band (who share a member with Brothers in Law) released their second album, Earthbeat, earlier this year via We Were Never Boring and you can stream the whole thing below. If you like Slowdive, '80s-era 4AD and modern stuff like The xx, you definitely should. The band also just released a cover of Beat Happening's "Indian Summer" which makes its premiere in this post. There are no shortage of covers of this song, but Be Forest really make it their own. Listen below.

Be Forest will be making their first trip to North America next month for a coast-to-coast tour. That starts in NYC for CMJ where they currently have two shows lined up: A day show at Cake Shop on October 22 (lineup TBA) and then a show at DROM later that night. More CMJ shows might be announced, stay tuned.

West Coast dates of their tour are with Los Angeles band Tennis System whose new album, Technicolor Blind, is out October 21. You can stream a track from that below. The band will also be here for CMJ, playing October 24 at Lit Lounge and other shows TBA.

All Be Forest and Tennis System tour dates are listed, along with song streams, below...