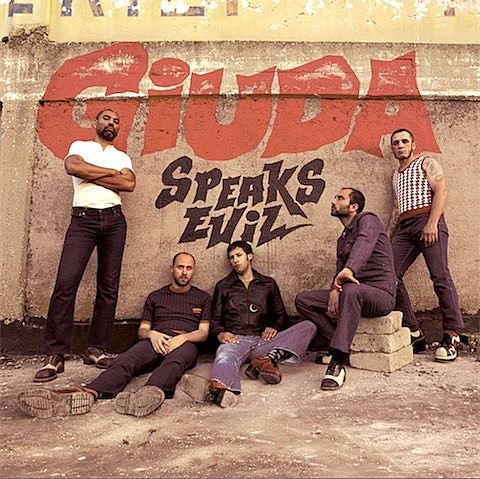 Hyperactive Italian glam rockers Giuda still haven't given us a follow-up to 2011's awesome Racey Roller but they are coming back to North America later this summer for a tour of the East Coast and Midwest. That tour wraps up in NYC show at Cake Shop on September 2 with Livids (who are fronted by New Bomb Turks' Eric Davidson) and more TBA. Perhaps they'll add another show while here? Let's hope so. All dates are listed below.

Giuda's stop at Cake Shop on last summer's tour was easily one of the most fun shows I went to last year, so if they're playing near you, definitely try to go see 'em. All dates are listed below.

And if you haven't checked out Racey Roller yet you can stream that below too.