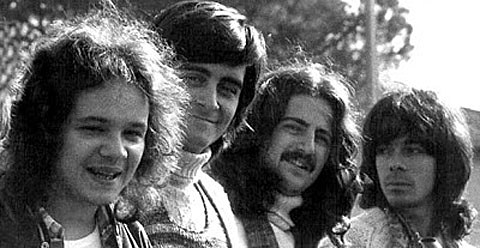 Yesyesyesyesyes! After announcing their first ever North American appearance at the Housecore Horror Festival, legendary Italian prog greats Goblin have announced yet another date, this time in NYC at Music Hall of Williamsburg on October 6 with Secret Chiefs 3. Tickets are available in two increments (regular and VIP, the latter of which "includes access to the end of the band's soundcheck and a pre-show meet and greet plus a poster") and go on sale Friday (6/28) at noon. No word on whether the show will be similar to the Austin appearance that will see them perform alongside Dario Argento's horror classic Suspiria which they scored.

UPDATE: Its a full tour, dates are below. Reportedly, the band will perform a different set on these dates as opposed to the score at Housecore.

Check out a classic Goblin clip of the band performing a track from Suspiria on television in the '70s below.