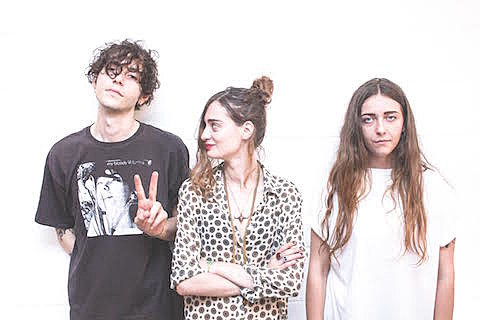 Italian dreampop trio Be Forest, who released the terrific Earthbeat last year, have a new single "Glow" due out in January via We Were Never Boring and Coward Records. More specifically, it's a flexi that's part of a new fanzine, co-created by the band's guitarist Nicola Lampredi, that will focus on one band per issue, Be Forest being the first.

"Glow" is a lovely, lightly pulsing song and bassist Costanza says "Now is the time to love ourselves and looking back with no regrets, but being aware that we are all special on this planet. Without darkness we wouldn't have been able to see the stars, and in the end we all are dancing stars." The video for "Glow" premieres below.

Be Forest will be on tour in January, surrounding an appearance at the 2016 Eurosonic Festival in the Netherlands. All dates are listed below.