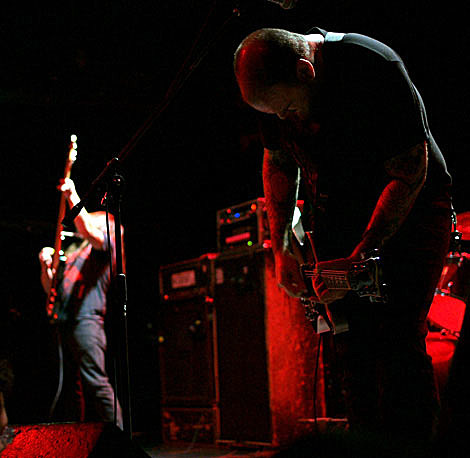 Tonight, 5/13, marks the first of a series of brutally good times this weekend. Multiple metal & hardcore shows will go down to warm you up for the upcoming pre/post-Maryland Deathfest onslaught!

First up is tonight's Goes Cube/Descender/Primitive Weapons/Iron Thrones shindig at Saint Vitus in Greenpoint, which caps off a string of dates for Goes Cube. Show starts at 8PM. Across town, the one and only D.R.I. will bless Gramercy Theater (tickets are still on sale).

Coliseum kicks off a pair of NYC shows on Saturday (5/14), teaming with the awesome Rise & Fall, Masakari, Gods & Queens and Psychic Limb at Public Assembly at 8. Then Coliseum will hit Union Pool the next night (5/15), this time with a different but nonetheless awesome lineup of The Austerity Program and The Year is One. Both Psychic Limb AND Masakari are playing a pair of shows this weekend, with Masakari hitting ABC No Rio with Black Kites & Grudges for the matinee earlier on Saturday. Both Coliseum shows are BV/1000 Knives productions.

Going down at the EXACT same time at Acheron is the venue's 1st anniversary party! Headlined by Batillus and featuring appearances from Beer & Cable, Trenchgrinder, Mortals, Mutant Supremacy, Defeatist, Tournament, and Bad Dream, this FREE show (!) will also feature a BBQ (with veggie options) that kicks off at 5PM, three hours before doors hit. Decisions, decisions. Flyer below.

Meanwhile, New Jersey gets a visit from Glenn Danzig at Starland Ballroom on Saturday night. Tickets are still available.

Besides Coliseum, Sunday also as a few other great options. Suffocation & Misery Index will team with Mutant Supremacy and Humanity Falls at Santos for a day show. While ANS (who have a new split with Ramming Speed) will team with Seasick, Sickoids and Long Pigs at Acheron.

The well for both of the Deftones/Dillinger Escape Plan tickets at Best Buy Theater have run dry (shows are on Friday and Saturday), but you can still catch DEP at Music Hall of Williamsburg on Sunday night. Tickets are still available and support will come from The Psychic Paramount (who have a new LP) and Psychic Limb (them too). You can also try to win a pair on the BrooklynVegan Facebook.

What did I miss? The latest MDF flyer and others below... 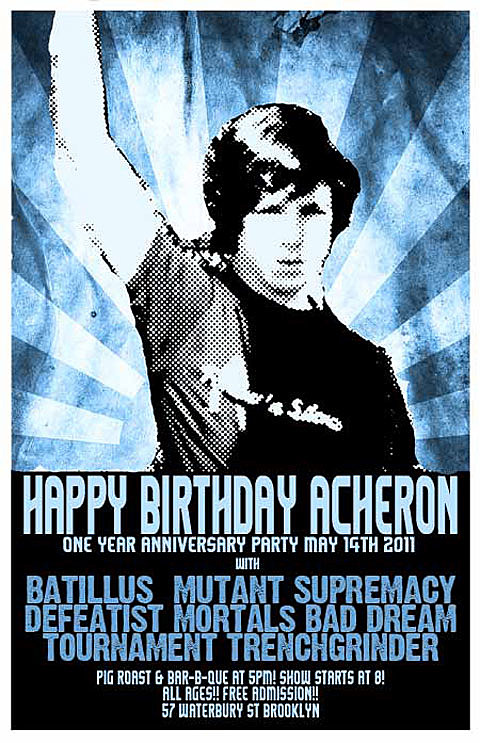 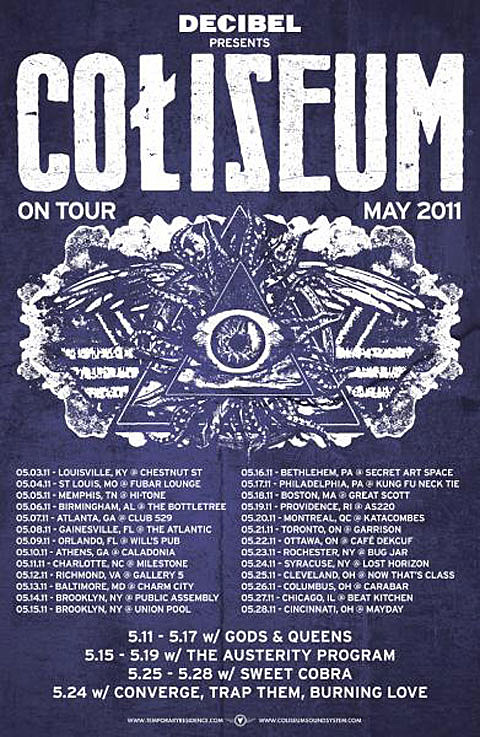 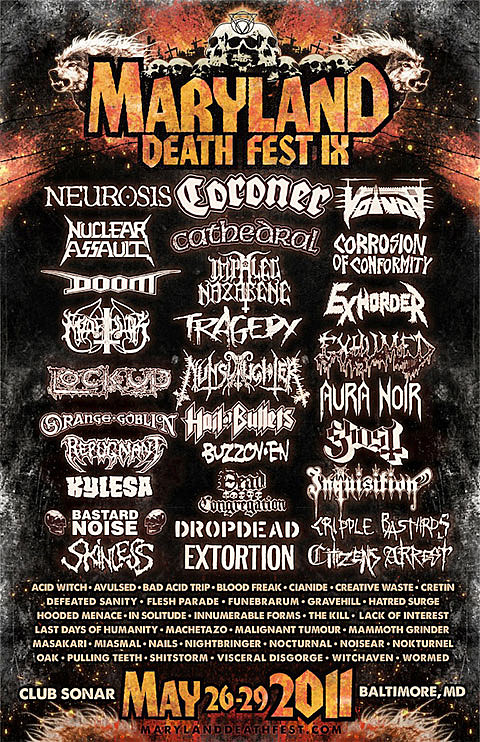