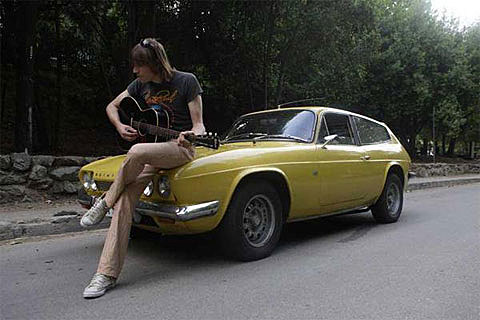 The Lemonheads played their first of two full-album shows at Bowery Ballroom on Sunday night (10/9), sort of. Eric wrote in:

"I just hope you make it known that they FAILED to deliver tonight...after waiting for way too long, they did not perform Its a Shame About Ray...they just FAILED...I have lived in NYC since early 2001 and have gone to MANY MANY shows...and I have never been so completely disappointed and never felt so totally ripped off. Evan seemed like he didnt even care that they didn't perform the album as marketed. I went down to the men's room halfway thru their set and everyone downstairs was like, "WTF are they doing...this is total BS..." It was such a let down...even the merch girl was sorry about them NOT PLAYING THE ALBUM AT ALL...they played more of come on feel the...I don't know...I feel like my time and money got totally wasted..and I loved this band and that album...WTF...BIG DISAPPOINTMENT. I hope I am not the only one who felt this. "

He's not the only one who felt that. Benard Shakey tweeted that, "#Lemonheads show was total disaster. #EvanDando comes onstage rambling incoherently into mic & "attempts" 2 play. Walked out after 20 min." GiGi wrote "that was sad. like going to the zoo sad." That said, Shannon Lorraine tweeted that the "band finally joined evan. Most bizarre show ever. But still great." She also called "Bogus" on one person who wrote "This is your band. This is your band on drugs. Any questions? #lemonheads."

Missed out? They do it again tonight! (though it is currently sold out)