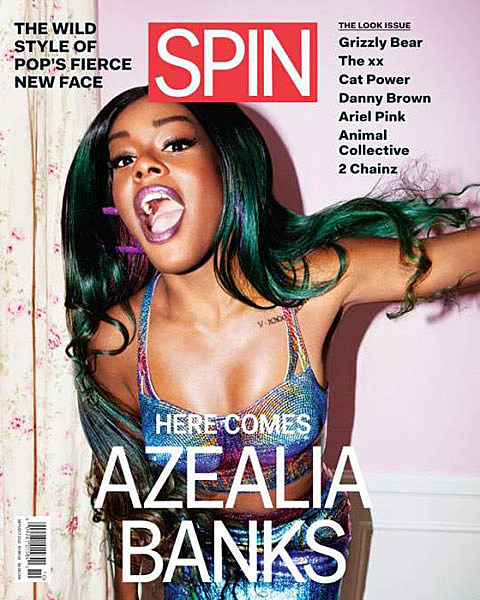 Tonight (9/5), Azealia Banks and Hunters are performing at an "invite-only", "entrance subject to capacity" party at the very-hot Wythe Hotel in Williamsburg which is being thrown by SPIN and fashion website Refinery29. The Virgin Mobile-sponsored show serves dual purposes, as Azealia is on the cover of the new print issue of SPIN and it's also a kickoff to Fashion Week here in NYC which, if you live here, you have probably already been hit over the head by media coverage (to which we're adding more). SPIN is going gaga for Fashion Week this year with a dedicated site that will offer video coverage with MNDR as one of their corespondents. The flyer for tonight's show is below.

Azealia will also be performing at a show you have a better shot of getting into, as part of Fashion's Night Out which happens Thursday (9/6) all over the city. (This, as you all know, is the only night of the year Fashion is allowed out in public in NYC.) Azealia and DJ Cosmo will perform at M.A.C. Soho (506 Broadway) at 7:45 PM though you'd do well to show up earlier than that if you want to get in.

There are dozens of FNO shows Thursday night and we'll have more on those very soon. Meanwhile, you can watch (or rewatch) Azealia's new video, "1991," below along with the flyer for tonight's soiree... 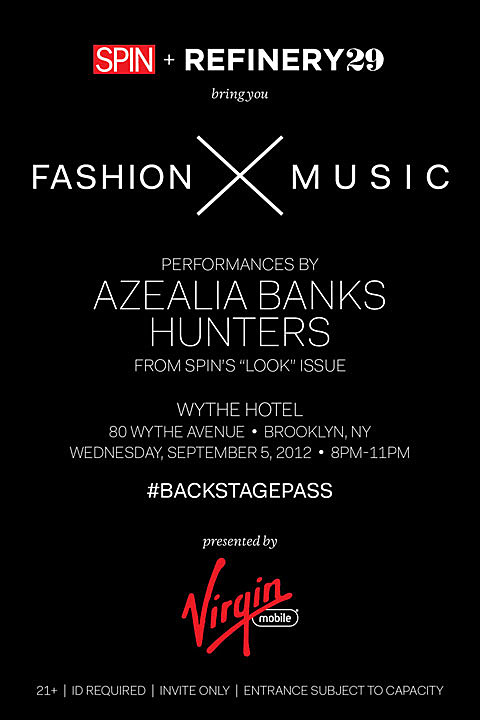