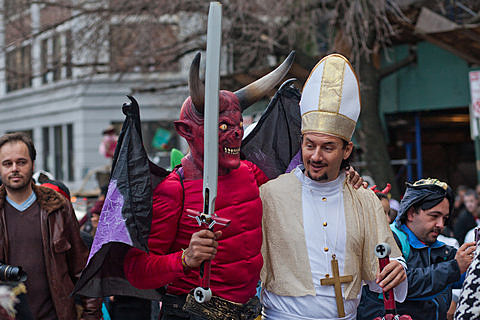 Ahh.. Halloween in the city. An excuse to dress completely odd and get blackout drunk, so people can only remember "that Kenny Powers guy" puked himself. A massive parade... Oh did I mention the fun covers shows that go on?

Death By Audio will host an all ages covers show tonight (10/28) featuring Roky Erickson, The B-52s, Smashing Punpkins, Karp, X-Ray Spex, and The Raincoats as performed by Passive Agressor, Little Victory, Sleepies, Necking and others. $7 gets you in, or save $2 if you wear a costume!

The Acheron will host a night of Motorhead, Misfits, Blitz, White Zombie, and the "K-Rock All-Stars" at the venue on 10/30, featuring members of Tournament, Trenchgrinder, Grudges, and many more.

Speaking of the Misfits, the (sort of) actual band is playing on Halloween in NYC too, at BB King's (tickets). Now that is fucking scary. I'd much prefer to see Danzig Legacy at Hammerstein just two days earlier (10/29, tickets). Misfits are also playing Starland Ballroom TONIGHT (tickets).

If you don't want see either Misfits cover band, you have a THIRD Misfits alternative in The Omelettes of Disease at The Gutter who will join Bad Girlfriend (as The Cramps) and Tiberius (as Spaceman 3) on 10/29. $5 gets you in.

The previously discussed Black Lips/Davila666 show at Webster Hall tomorrow (10/29) is Halloween themed, and so is the "Psychedelic Robot Halloween Party" that same night at El Dorado (976 Grand St. Brooklyn) which will feature Jared Swilley (Black Lips) and AJ (Davila 666) behind the DJ booth. They'll be joined by perfromances from Sundelles, Snack Machine, Puppies, Mick's Jaguar (Rolling Stones covers), Bad Credit No Credit (X-Ray Spex Covers) and other DJ sets from O.J. San Felipe (Xray Eyeballs), Lady Bree, Yvo, Dan Meth, and Ben Ritter. As Bill mentioned, the $10 show also boasts "SUPER RAD SPECIAL MUSICAL GUESTS WE ARE NOT ALLOWED TO NAME BUT ARE VERY EXCITED ABOUT". Word. $10 bones gets you in, and details are at the Facebook page.

Though it isn't a Haloween event technically, it is frightening just the same. Vital Remains, Strong Intention, Prostitution, and Gang Signs will hit Saint Vitus. Tickets are on sale.

Glasslands will host a night of covers on Halloween as well, featuring locals performing Pentagram, B52's, Runaways, Suicide, Slade, Dead Kennedys, Creedence Clearwater Revival and others, followed by a DJ party with Johnathan Toubin. $1 gets you in.

Rocks Off is hosting a pre-Ween Halloween Cruise with Gibby Haynes (Butthole Surfers) on the turntables. Tickets are on sale.

FIXED is having a Halloween bash at Public Assembly on Monday.

And last but certainly not least, expect some dressing up at three Black Angels shows at Music Hall of Williamsburg this weekend including the 10/31 one with Psychic Ills and Exit Music. Don't forget to dress up! Tickets are still available for that show, as well as the 10/29 and 10/30 shows. 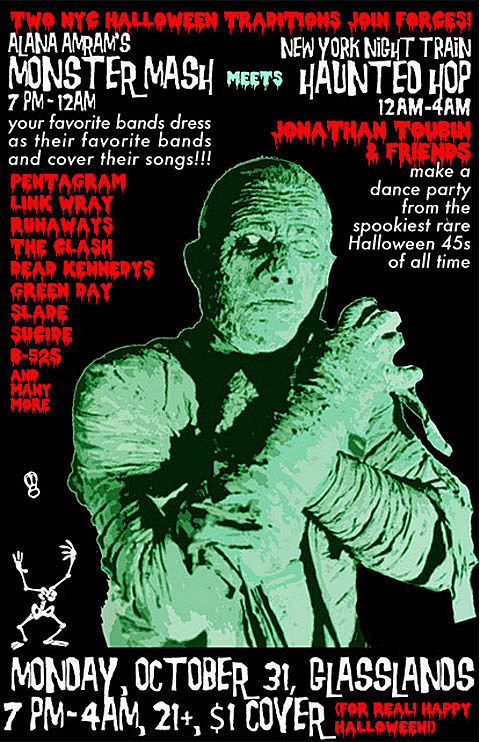 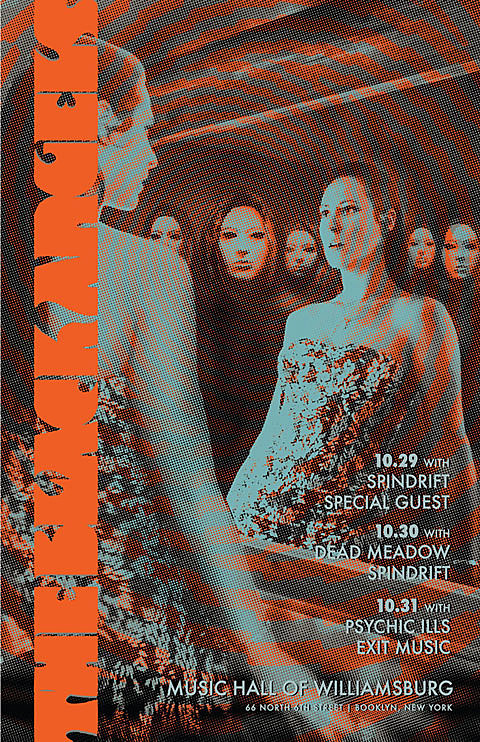 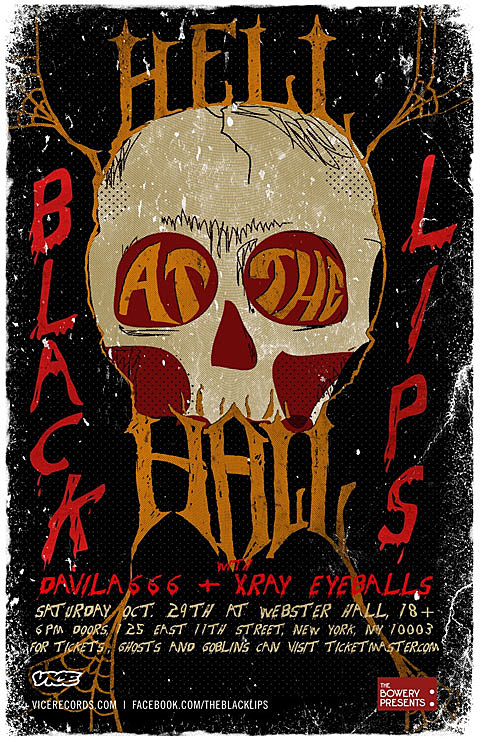