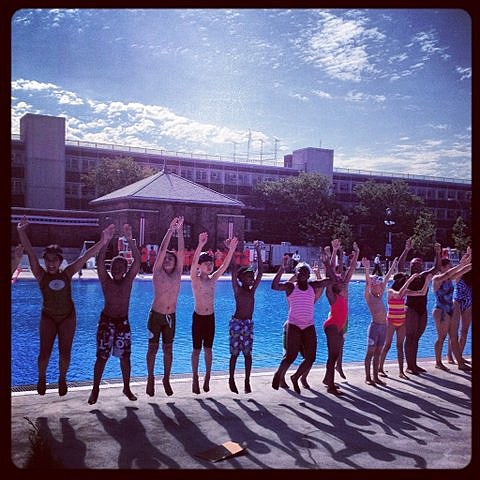 Yesterday was the last day of public school, so today NYC's public pools open, just in time for the second heat wave of the summer with temperatures in the 90s expected through Monday. That includes the highly-anticipated reopening of the McCarren Park Pool, which originally opened in 1936 but fell into disrepair and closed in the '80s.

Of course more recently the abandoned pool became the setting for the hugely popular Jelly NYC Sunday Pool Parties and other concerts, which spurned interest in the facility again... and the city decided in 2008 to turn it back into a pool again, a $50 million project that we'll finally get to see in action today. The McCarren Park pool will be open daily from 11AM - 3PM and then from 4PM - 7PM. Admission is FREE.

Update: Check out the line!