Love it or hate it, licensing songs seems to be the new reality for "indie" bands (or any bands) looking to make money and gain exposure. As an avid music fan and Senior Director of Advertising & Video Games at Primary Wave Music Publishing, Ryan Barkan makes sure to stay on top of news related to artists getting their songs in ads, on TV, in movies, in video games and just about anywhere else a band would get paid to put a song. As someone who never pays attention to any of that, I thought the site could use a weekly column to identify who sold out this week help fill in what I'm missing (think M.I.A. in the Pineapple Express commercial, Nick & Norah, Santogold shilling Bud Light, Chairlift & CSS for Apple, etc..). For that...please welcome Ryan (who also goes by the blog and photographer name "Fresh Bread").... 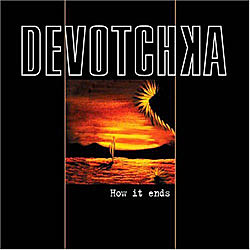 Microsoft's Halo 3 video game commercial was so amazing that it won the Grand Prix (i.e. best of show) at this past year's Cannes Advertising Awards, in June, in the "Film" ad category. The spot, titled "Believe", was created by San Francisco advertising agency T.A.G. and featured the dramatically delicate "Raindrop Prelude No 15" by Chopin against a violent and disturbing war scene.

Another huge 2008 release for Microsoft is the upcoming sequel to the game Gears of War, creatively called....wait for it...Gears Of War 2 (available November 7th exclusively on Xbox360). What works once should work again right? T.A.G. thought so and took the same approach with the music as they did with the "Believe" spot, juxtaposing the hard war visuals against a beautiful song, but this time with a more contemporary artist, Devotchka. The beautiful song they used by the Colorado band is called "How It Ends" and the trailer will debut on network television this Sunday, November 2, during NFL Sunday Night Football. You can also watch it right now. The video for that, and of the full version of "Believe", are below. 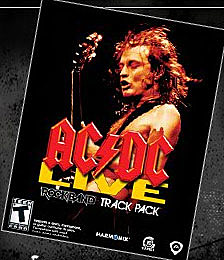 Hypebeast has the info on a new line of Miles Davis-inspired T-shirts by urban boutique and shoe company, Supreme.

Flaming Lips, the B-52's, BB King and others were commissioned by NBC to create their own interpretation of the network's classic "Chime In"...

You may not know that the notes to NBC's famous chimes are G, E, and C, but chances are you'd recognize the Peacock jingle in an instant. With that in mind, executives at the network decided to have some fun with their famous chimes and launched a national campaign calling for a 21st century reinvention of the 75-year-old television staple. [Hollywood Insider]

Wayne Coyne talks about it in an interview to EW you can watch HERE.

What do Friendly Fires, The Duke Spirit, The Submarines, The Black Keys, Black Kids, The Virgins, and Robyn have in common? They've all had songs featured in an episode of Gossip Girl this month.

What about Lykke Li, Passion Pit and The Kooks? Well, as you may have read earlier, they'll all be appearing in future episodes of Gossip Girl/OC-creator Josh Schwartz's new "music-themed scripted web series" Rockville, CA.

I really dig the new spot for the Google Android Phone. The commercial features a song by The Black Angels called "Black Grease" - not sure if it'll convince me to switch from the iPhone but it's a nice placement nonetheless. Video below...