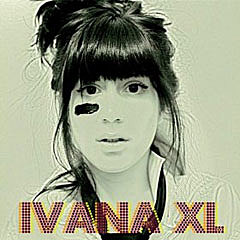 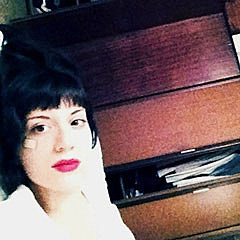 Brooklyn singer/songwriter Eddi Front has been getting some Internet love lately, most notably in the form of Pitchfork coverage, and, being a Brooklyn-based music blog, we naturally took some interest in the artist who we don't remember seeing around. As it turns out, much like Lizzy Grant before her, she's actually been playing around in the Brooklyn scene for some time now under a moniker that we're more familiar with, Ivana XL (who as far as we can tell never made Pitchfork). Back in 2009, Ivana XL shared a bill at Union Pool with Olof Arnalds, Sharon Van Etten and others. In mid-2011, she played Glasslands with Princeton, NewVillager, and High Highs, and towards the end of that year she played a Death by Audio show with She Keeps Bees.

Back in April of this year, she tried out the moniker Eddi Lines and eventually decided on Eddi Front in May and joined facebook under that moniker early that month. No dates under her new moniker have been announced yet but you can stream two of her tracks, "Gigantic" and "Texas," below.