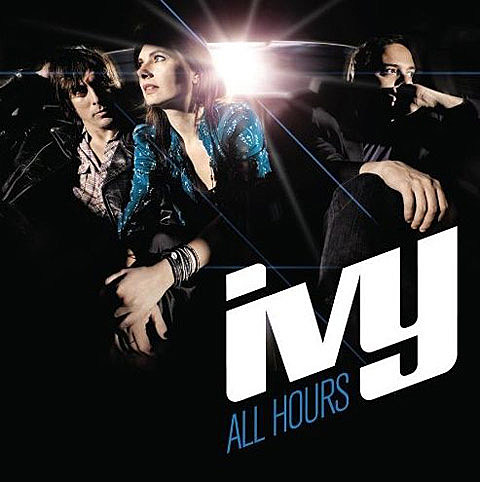 Long-running NYC trio Ivy are set to play their first hometown show in five years on September 24 at Gramercy Theater with openers Tahiti 80. It's in celebration of their new album (first in 6 years) All Hours which is out the same week. We're giving away two pairs of tickets to the show, along with signed copies of the new CD. Details on how to enter below.

While Ivy have dabbled in electronics before, All Hours marks a definite shift to the dancefloor. The move to Saint Etienne-land is not that much of a stretch given their already cosmopolitan brand of pop and suits them just fine. You can listen to a sampler of the new album at the bottom of this post. Nice to have you back.

The band have upcoming shows in Boston and L.A. as well -- those dates, contest details and album sampler are below.

For your chance to win Ivy tickets and CD: just send an email to BVCONTESTS@HOTMAIL.COM with the subect line "IVY ALL HOURS" and we'll pick two names at random. Your email will not be shared with anyone else.