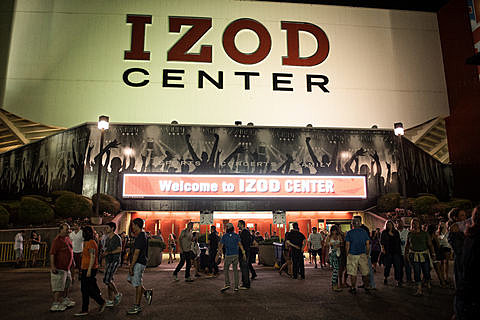 Despite protests from local officials, union members, and members of the state Legislature, NJ did in fact vote to close the Izod Center...

the board that controls the Meadowlands Sports Complex voted Thursday in favor of a Christie administration plan to close the Izod Center, as soon as the end of this month.

Capping a discussion that went on for nearly four hours, both in public and behind closed doors, the members of the Sports and Exposition Authority voted 10-2 to shutter the 34-year-old indoor arena until at least January of 2017, about the time the American Dream project is expected to open. [NorthJersey.com]

The American Dream project that the article mentions is the new shopping and entertainment center that's being built next to the location of the Izod Center. NY1 also points out that if lawmakers approve gambling outside of Atlantic City, a casino could open in the Meadowlands as well.

The Izod Center will still host a few more events before its March 31 closure, including wrestling, the circus, Disney live, Chris Brown and Maroon 5. Anything after March 31st is cancelled. RIP Izod Center/Continental Airlines Arena/Brendan Byrne (for now at least).