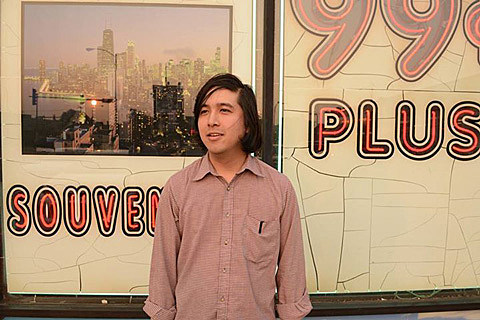 Chicago's J. Fernandez released Many Levels of Laughter last month via Joyful Noise and if you haven't checked it out, I think its one of 2015's more underrated albums. There's a melancholy, rainy-day vibe to it that at times reminds me of early-'90s 4AD band Pale Saints (check out "Holy Hesitation" and compare to PS' "Ordeal"). You can stream the whole thing below.

You can catch J. Fernandez on tour in August. He'll be on the road with Ezra Furman, and shows include a stop at NYC's Rough Trade on August 5. Emily Einhorn is also on that show and tickets are on sale now. All dates are listed below.