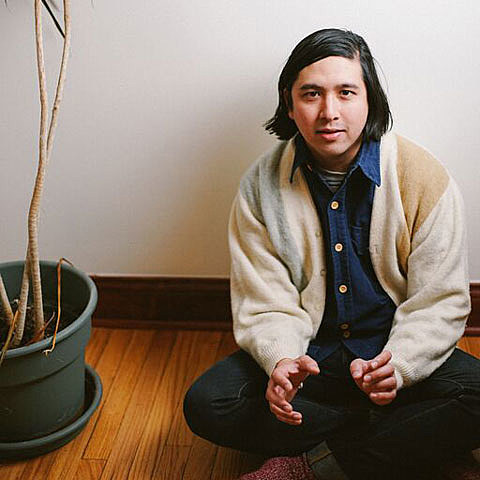 J. Fernandez has shared the video for "Between the Channels" which is from this year's fine, underrated Many Levels of Laughter. Jerzy Rose directed the video which follows a few social situations in slow motion. There's a haircut, cereal being eaten, nudes painted, a lot of crying, and one particularly sad shot of a stuffed panda toy lying face down in a corner. It all fits the melancholy vibe of Fernandez's song quite well. Check it out below.

You can catch J. Fernandez on tour with Detroit's Turn to Crime starting next week, and he'll be in NYC for CMJ, including the Inland Empire showcase at Cake Shop on October 16 with Turn to Crime, as well as The Gotobeds, Eaters, Tweens and Spray Paint (tickets); and Union Pool on October 17 with Tuff Sunshine, Christian Lee Hutson, Shana Falana and Stolen Jars.