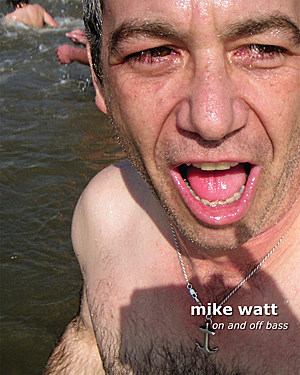 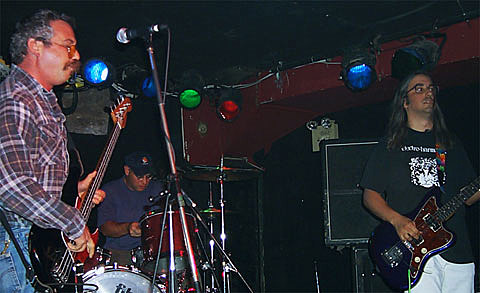 On Wednesday, May 2nd, 7 p.m., Three Rooms Press presents the NYC book launch for Mike Watt: On and Off Bass at Le Poisson Rouge. The event will feature live performances by Mike Watt + J Mascis + Murph, with opening acts Appomattox and Dead Trend, plus a reading & signing by Mike Watt along with additional very special surprise guests. The new book will be available for purchase at the event.

This is a general admission, standing event. Happy hour from 7-8pm including $3 beer and $5 well drinks.

Tickets are on sale. As you can see in the above picture, it won't be the first time the three greats formed a band. In July 2000 Hellride East, as they call themselves, performed a set of Iggy Pop covers at Knitting Factory in NYC.

J Mascis recently played with Sharon Van Etten at SXSW where he also played with Murph. Check out a video of Dinosaur Jr. at Bar 96 in Austin, below.

Mike Watt's book of "photography, reflections and diary excerpts" will be available for preorder at Three Room Press soon. They write:

Mike will also be on the road soon with fIREHOSE who are releasing "their first major collection ever", "lowFLOWs": the Columbia anthology ('91 - '93). Check out fIREHOSE's "Brave Captain" video (taped off MTV who wrote "Firehouse" on the video), below...