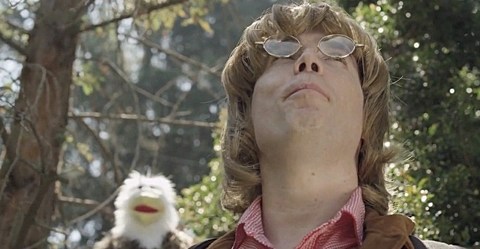 Back in April, ATO Records released The Music Is You: A Tribute to John Denver, which featured covers of the singer by J Mascis & Sharon Van Etten, My Morning Jacket, Evan Dando, Kathleen Edwards, Lucinda Williams, and more. Now, the J Mascis & Sharon Van Etten cover of "Prisoners" has been given the video treatment by Funny or Die, which, needless to say, means it came out pretty funny. The video stars Superchunks's Jon Wurster as John Denver and Aimee Mann as a female John Denver. Both of them have animal puppets as friends and (spoiler alert) they meet at the end. Check it out below.

J. Mascis has a Brooklyn date with Speedy Ortiz coming up, and then his band Dinosaur Jr. will open for MGMT at Barclays Center (tickets).