DOWNLOAD: Father John Misty & Phosphorescent - "I Would Love You" (MP3) 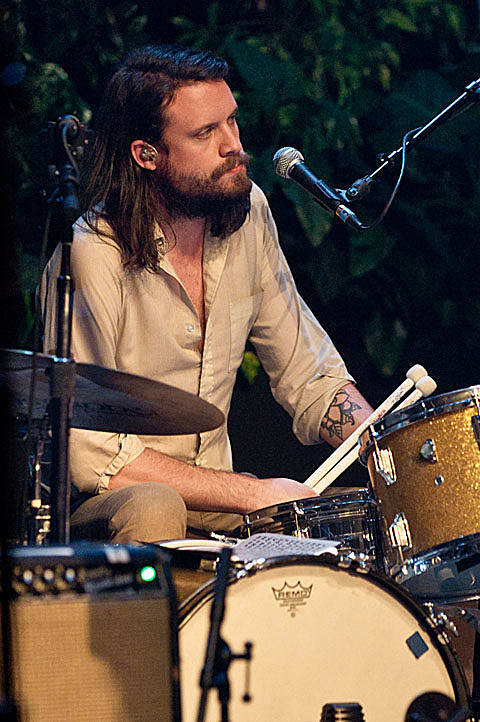 Farewell Fleet Fans and Friends. Back into the gaping maw of obscurity I go. Tokyo is my last show with the Foxes. Sorry if I was distant and obtuse if we ever met. Have fun.

The above message is a post that Fleet Foxes drummer Josh Tillman posted to his tumblr last month, announcing his departure from the band that he joined in 2008. He also tweeted, "@fleetfoxes, the best and last band that would ever have me."

Both before and during his time in Fleet Foxes, he had been recording solo material as J. Tillman. Since leaving Fleet Foxes, he's announced that he has signed to Sub Pop under the name Father John Misty and will release his first album under that moniker, Fear Fun, on the label on May 1. The album was recorded with Jonathan Wilson and was produced by Phil Ek, who also produced both Fleet Foxes albums, in addition to albums by The Shins, Band of Horses, and others. He's got a few west coast dates announced, which are listed below.

Our first taste of Father John Misty was a collaboration with fellow rural folkie Phosphorescent called "I Would Love You" (via Aquarium Drunkard). Grab an MP3 of that song at the top of this post. You can read the song's lyrics on the Father John Misty tumblr. He's since revealed a song from Fear Fun called "Hollywood Forever Cemetery Sings," which you can download via a widget below. You can also watch the video for it, which stars Aubrey Plaza of NBC's Parks and Recreation, at Entertainment Weekly.

All dates and widget below...