Jacco (second from right) and his band 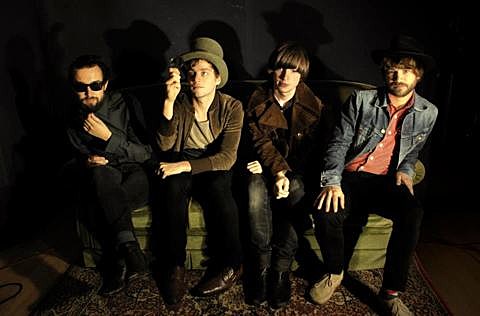 We mentioned previously that Dutch wunderkind Jacco Gardner would be over for SXSW and we're pleased to learn that he'll be touring to and from the Austin fest, including two dates in NYC: March 2 at Death by Audio and March 23 at Mercury Lounge. No advance tickets for the DBA show, but tickets for Mercury Lounge go on sale Friday (1/11).

Jacco's debut album, Cabinet of Curiosities, comes out February 12 on Trouble in Mind and is a kaleidoscopic trip through lush, baroque psychedelic pop. If you like The Left Banke, The Zombies and think Pink Floyd peaked with "See Emily Play" you're going to dig this album. You can stream four tracks from the album below (plus a b-side), along with a list of all tour dates.