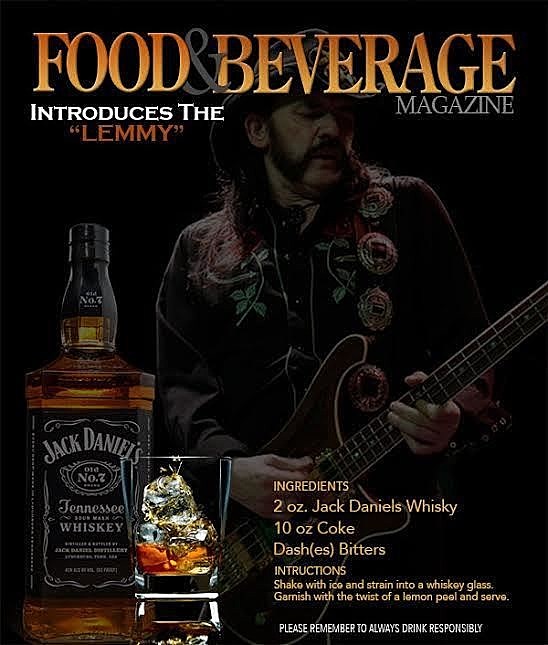 In the wake of Lemmy's passing, tributes to the Motorhead frontman have come from all over the place, including a petition to name an element on the periodic table after him and a hugely-attended memorial that basically shut down LA's sunset strip over the weekend. Now a few more, extremely fitting tributes have trickled in.

First of all, Food and Beverage magazine has "officially" renamed the Jack and Coke "The Lemmy." From the magazine:

We are honored to represent the industry and bring the moniker The Lemmy to every bar in the world!" exclaims Food and Beverage Magazine publisher Michael Politz. "Owning a rock club with Anthrax's Scott Ian and Alice In Chains' Jerry Cantrell gave me the chance to meet Lemmy and experience his legend myself.

Hopefully that catches on. In other news, some people who do this sort of thing have created a mod for Grand Theft Auto V that allows you to play the game as Lemmy, which is extremely fitting (Lemmy was an avid gamer).

Check out a trailer for that gameplay below, which should be paired with a couple of "Lemmys" for an optimal experience.