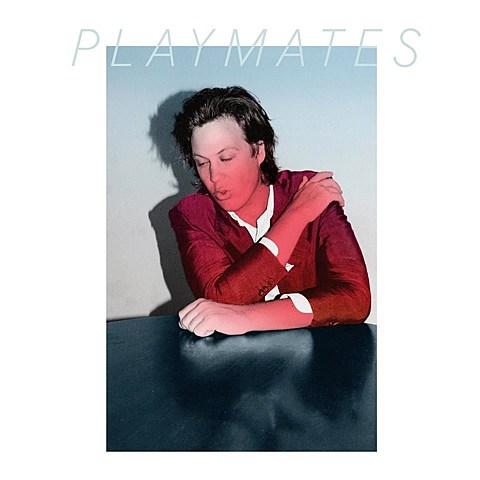 Australia's Jack Ladder and the Dreamlanders gave a North American release to their album Playmates this week via Fat Possum. The album was produced by Kim Moyes of Australian synth pop duo The Presets, and Sharon Van Etten sings on two songs, "Come On Back This Way" and "To Keep and To Be Kept." Jack's got an '80s-style romantic baritone that's gotten a few Nick Cave comparisons. That's pretty apt, but the way he applies it to an updated take on synthpop is a little more like the first Diamond Rings album than a Bad Seeds album. The two songs with Sharon are easily two of the biggest highlights, but the album goes into other cool territory too like the paranoid synth punk of "Reptuation Amputation." You can stream the whole thing below.

The Dreamlanders' lineup includes the delightfully weird Kirin J Callinan, as well as Laurence Pike (of PVT) and Donny Benet, and that's the lineup Jack will be taking over to the US this spring. They'll first play SXSW, and then they play Brooklyn on March 26 at Rough Trade with Invisible Familiars (tix), and LA on March 30 at The Echo (tix).