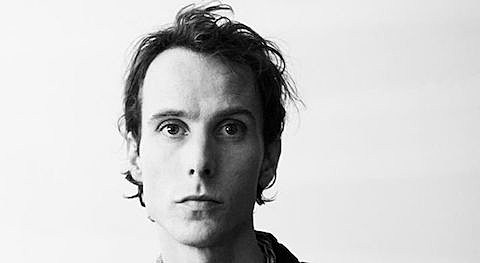 Glammy lo-fi artist Jack Name released the strange and wonderful Weird Moons back in January via John Dwyer's Castle Face label. The LP is getting a cassette release via Italy's Maple Death label which is going to be kind special. Given an Italian title translation, Luna Spettrali, Side A will have the entirety of Weird Moons, while Side B will be an entire live show recorded in Bologna, Italy last summer on 1/4 tape. Jack's live shows are very different that the records he's made, and this live show in particular features a bunch of songs that haven't otherwise seen the light of day. We're sharing with you "Sharing With You" from that live side, a creepy funk number to haunt those very late night hours when you should be in bed already. That makes its premiere in this post and you can stream it (along with the entirety of Weird Moons) below.

That cassette is a limited release, so order yours now. Jack is currently in Europe where he plays Salzburg, Austria tonight (11/25) with Ariel Pink. After that he's got a handful of shows in Italy, so if you're over that way, go see him. All dates are listed below.